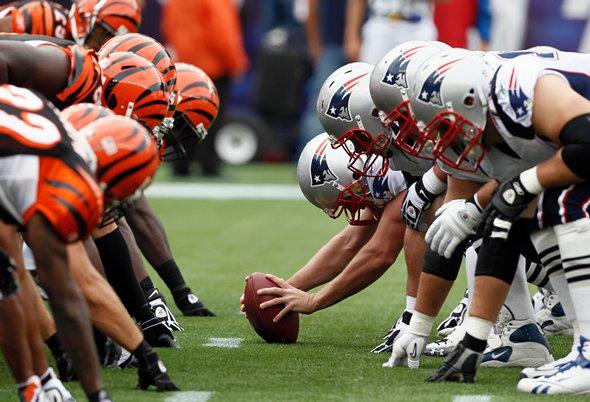 Here's how the PatriotsLife staff is feeling about today's Patriots-Cincinnati Bengals matchup:

Tom Brady continues to play with a vengeance and the defense straightens out their pass defense enough to make this one a laugher at the end. Patriots 31, Bengals 13.

The Patriots will establish a rushing attack before shredding the Bengals through the air. The secondary will take a big step in the right direction and stifle Andy Dalton, exposing the Bengals as the frauds they really are. Patriots 34, Bengals 14.

'After getting back on track last week against a weak Browns side, I expect another win on the board for the Patriots against the Cincinnati Bengals. The return of Tom Brady to Foxborough will be comforting to all New England fans, in particular as after one week he still looks the best QB in the league. The Bengals have been inconsistent this year, in particular quarterback Andy Dalton who has looked nervous at times, they lost to the Cowboys last week who went up 28-0 with a rookie QB leading the team. This game is going to be won on offense because both have explosive threats but with Brady having more options outside of his first receiver, it is going to be a 5-1 start for the Patriots.'