LeGarrette Blount has a career day against his former team 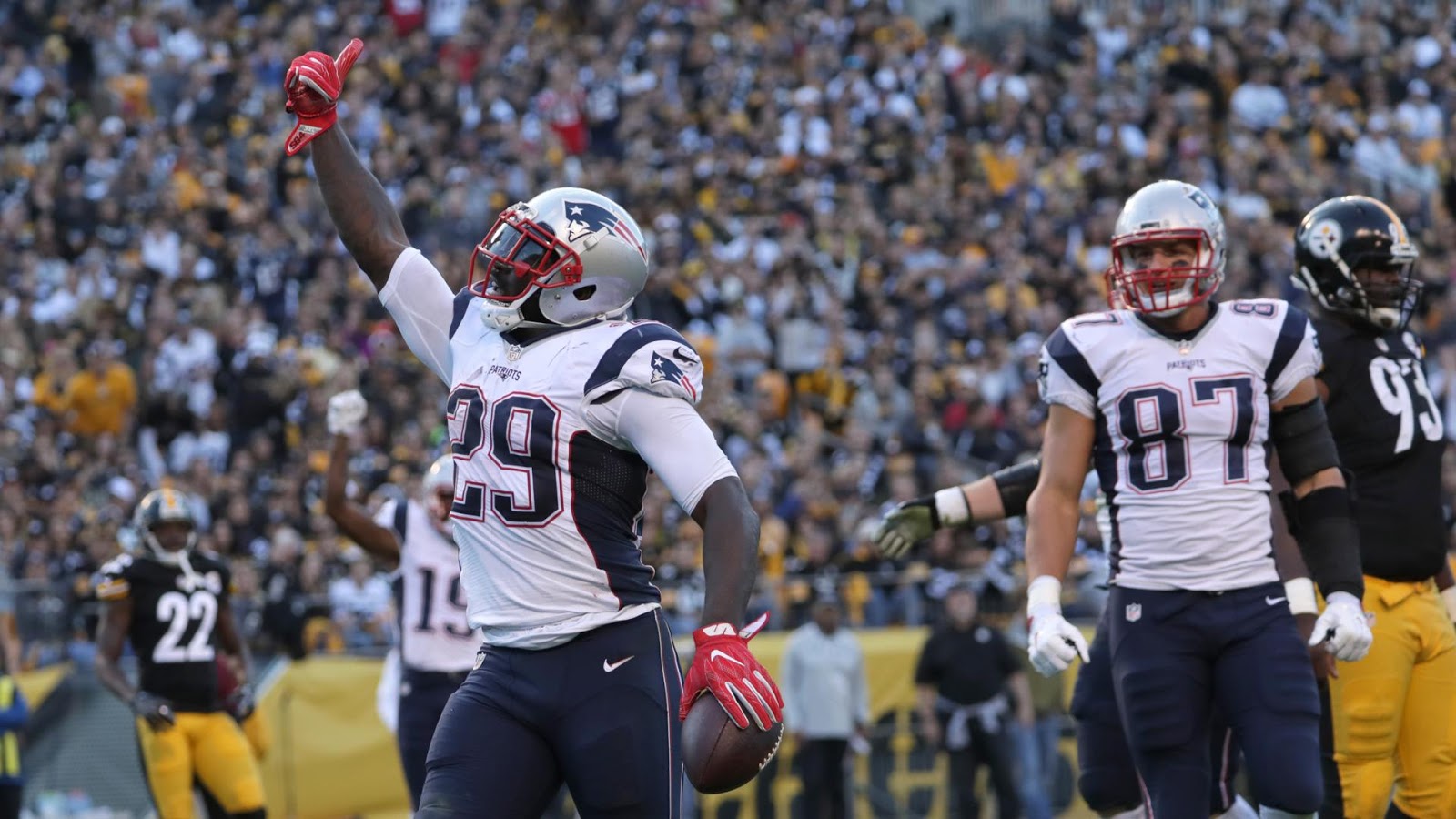 Who would have thought that walking away from the Steelers sideline mid-game would be the best career move LeGarrette Blount had ever made? That decision led to him being cut by Pittsburgh, scooped up by New England almost immediately afterwards, and ultimately being gifted with a Super Bowl ring that same year. For whatever the reason the Pats love Blount and his style of running, giving him more touches and red zone opportunities than he's ever seen in a season before. Some might say that he slows down the offense or is ineffective at times but today, against the team that scorned him, he showed he still has plenty to offer.

Coming into today, Blount's career number of touchdowns in a season stood at 7; he broke that record in just 7 games with two TD's against the Steelers. It's no secret that the Patriots love to hand the ball off to the big back on just about any down and against any defensive scheme and sometimes that plan doesn't go accordingly, but today was different. The big man rushed for 127 yards on 24 attempts with two touchdowns, his second two touchdown performance of the season. Blount made numerous vintage Steven Jackson type cuts in open space and gained huge chunks of yardage more often than not. I'll be the first to admit that I've had my issues with Blount in the past but I've always felt like the Patriots don't use him in the correct way all the time. He excels when there's a hole and falters when there's nothing to work with in the backfield. He's no Le'Veon Bell and shouldn't be expected to perform like that; he should be expected to do what he did today: overpower defenses.

There were many occasions when Blount simply bulldozed over Pittsburgh defenders and turned a five yard gain into a nine yard gain by churning his legs and pushing the pile downfield. Other times he juked a defender out in open space and ran for an extra ten yards. That is what Blount brings to the table. Guys like Dion Lewis and James White are built for slipping under defenders and making something out of nothing, not Blount. If the Patriots can continue this trend of actually giving LGB something to work with, then we could be seeing a much more balanced offense in the near future.

One of the best things that came out today's game, besides the W, was the fact that Blount was able to have one of his best outings in a while come against the team that cut him just a couple years ago. You could hear the Steelers fans booing him every time he touched the ball and rightfully so; he did walk out of a game and left his team on the sideline. And some might even say that Pittsburgh was in the right when they released him back in November of 2014, but even still, it was great to see Blount do so well against the Steelers because, let's face it, we here in Foxborough hate Pittsburgh. 6-1.