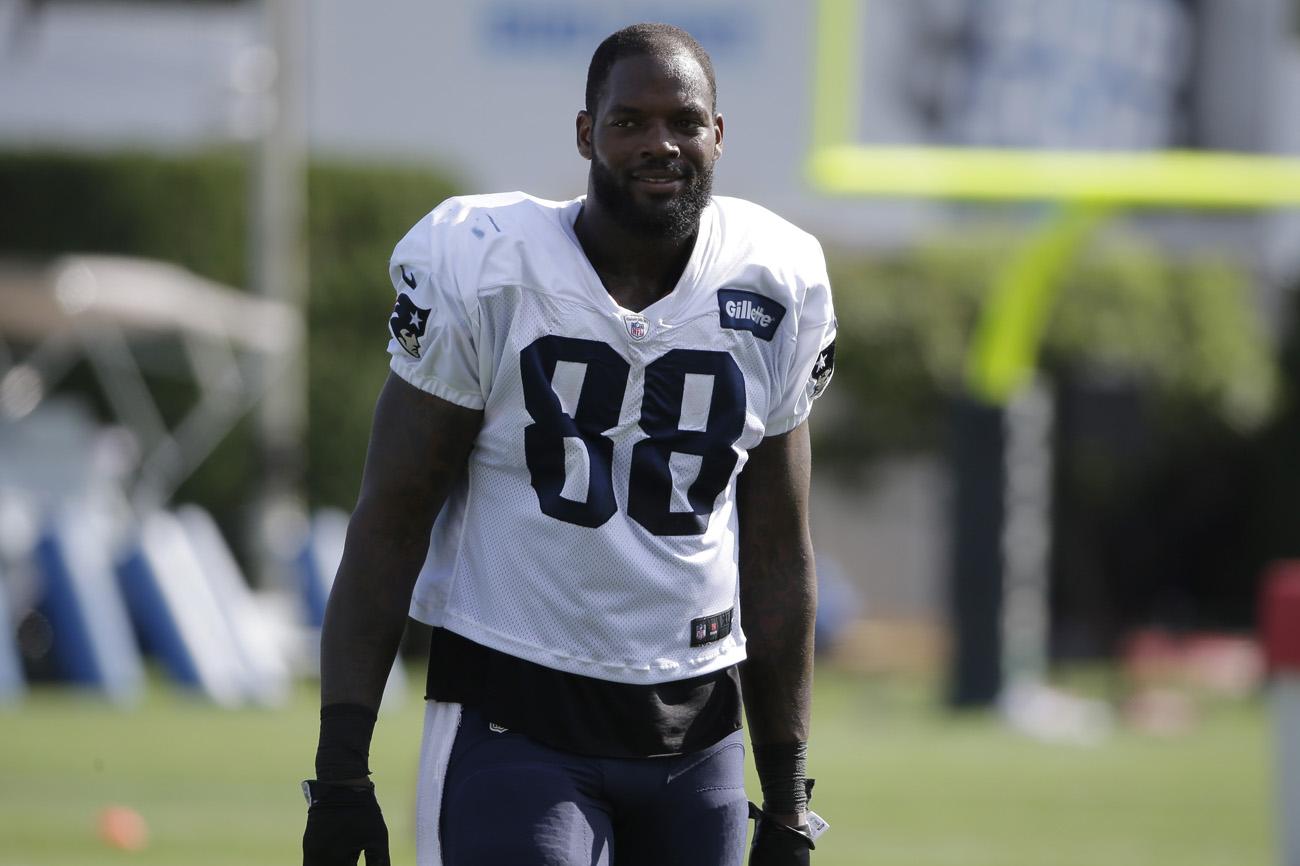 Stud tight end Martellus Bennett burned NFL commissioner Roger Goodell in the most quirkiest of ways Thursday when a reporter asked him if the Patriots were "playing with a chip on their shoulder."

Bennett said he and all of his teammates are playing with a "chip" on their shoulder.

"Like Lay’s, I guess. You might be a barbecue guy, you might be a sour cream and onion guy, but as long as you have your chip, that’s what gets you through the game," Bennett said.

The 29-year-old does not think the team needs to use Tom Brady's return from his "deflategate" suspension or Goodell's actions as motivational chips.

Bennett instead compared Goodell to the Pringles logo -- that silly mustache-faced man who wears a red bowtie.

"Goodell looks like a Pringles guy. I don’t consider those chips," Bennett said.

Did Roger Goodell create a chip on the Patriots shoulders?