Player to Watch: Pats defense need to pick their moment on Terrelle Pryor 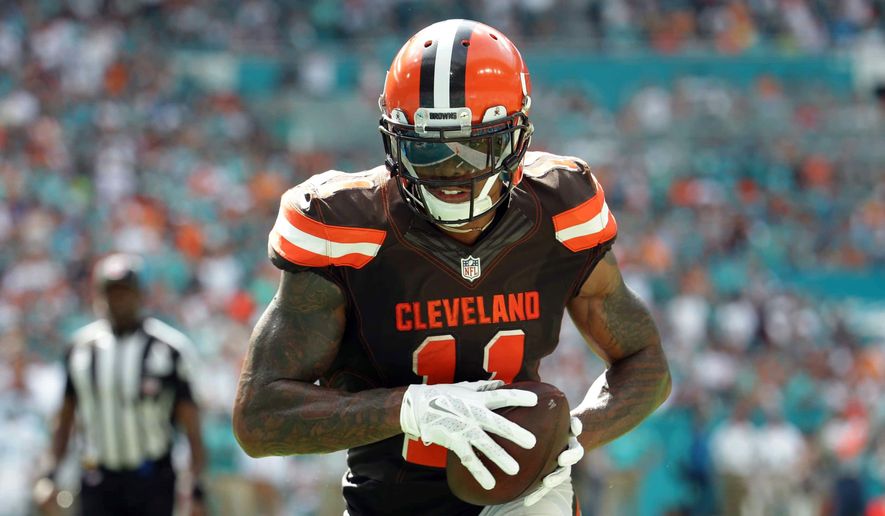 This week the Patriots having a returning Tom Brady to play against Cleveland Browns on Sunday. The player to watch out for though on the opposition is wide receiver Terrelle Pryor.

Pryor was quarterback through high school, college and his early years in the NFL but his conversion to wide receiver has worked a treat this season so far. In 2011 he was drafted in the 3rd Round by the Oakland Raiders out of Ohio State but struggled to convince anyone that he should play in the league. He spent time in Seattle, Kansas City and Cincinnati before landing in Cleveland and moving to receiver. Apparently, in 2015 the former quarterback was going to sign for the Patriots he said in a press conference this week but then moved to Cleveland. Pryor has started to see some success for the Browns and is now their primary weapon because he can contribute in some many ways on the offense. He can line up as receiver one play, a running back the next and the quarterback the one after that. The versatility he has killed teams so far this season because they don't know how to handle him.

The Patriots defense will have to pick their moments to strike with Pryor because he could beat you with one simple move through his supreme athletic ability. Although, there is still the player that was incredibly inconsistent for the Raiders so the defense need to put the pressure on early and force him into making mistakes. He has only really taken over the role of No.1 receiver this year since Travis Benjamin went San Diego in the offseason but if you pressure this guy early it will hopefully shut down rookie quarterback Cody Kessler's favorite target.