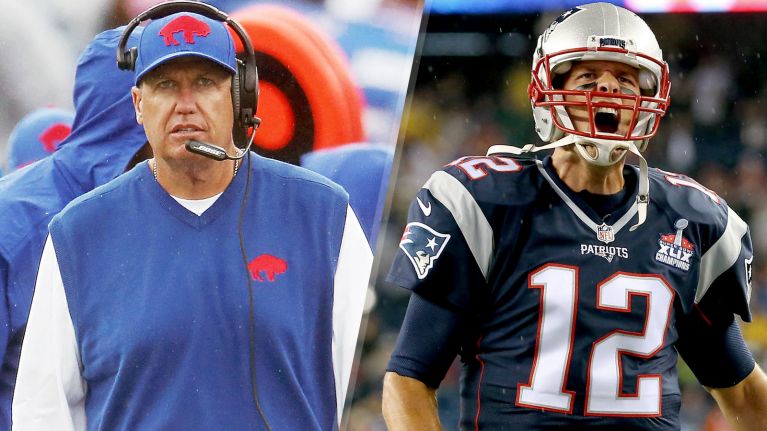 The man of many mysteries and exclaims, Rex Ryan hasn't been as talkative about his ongoing rivalry with the Patriots as he has been in years past leading up to a matchup, but he did come out with some uncharacteristic comments on Tom Brady before Sunday's game.

"I don't know if I have ever seen him(Brady) better".

Well well well, in between his narcissistic comments about his second tier team, he actually praises the man who has kept him from winning the AFC East for so many years. There's not much Rex Ryan says that I agree with, but these comments on TB12 are head on. He also went on to say this: "He's played in the league for, what, 17 or 18 years or something like that. Obviously he puts the work in and everything else, so it's a real credit to him."

This week, instead of antagonizing the Boston media on this week's conference call with Patriots' reporters, Rex did a bit of U-Turn and praised New England's leading man. Maybe he thinks that karma will go in his favor if he plays nice with the Patriots, but I'm not sure that even good karma can save him from the same man that he commended this week. Get ready Rexy, because nice comments won't stop the Revenge Tour from chugging right along.