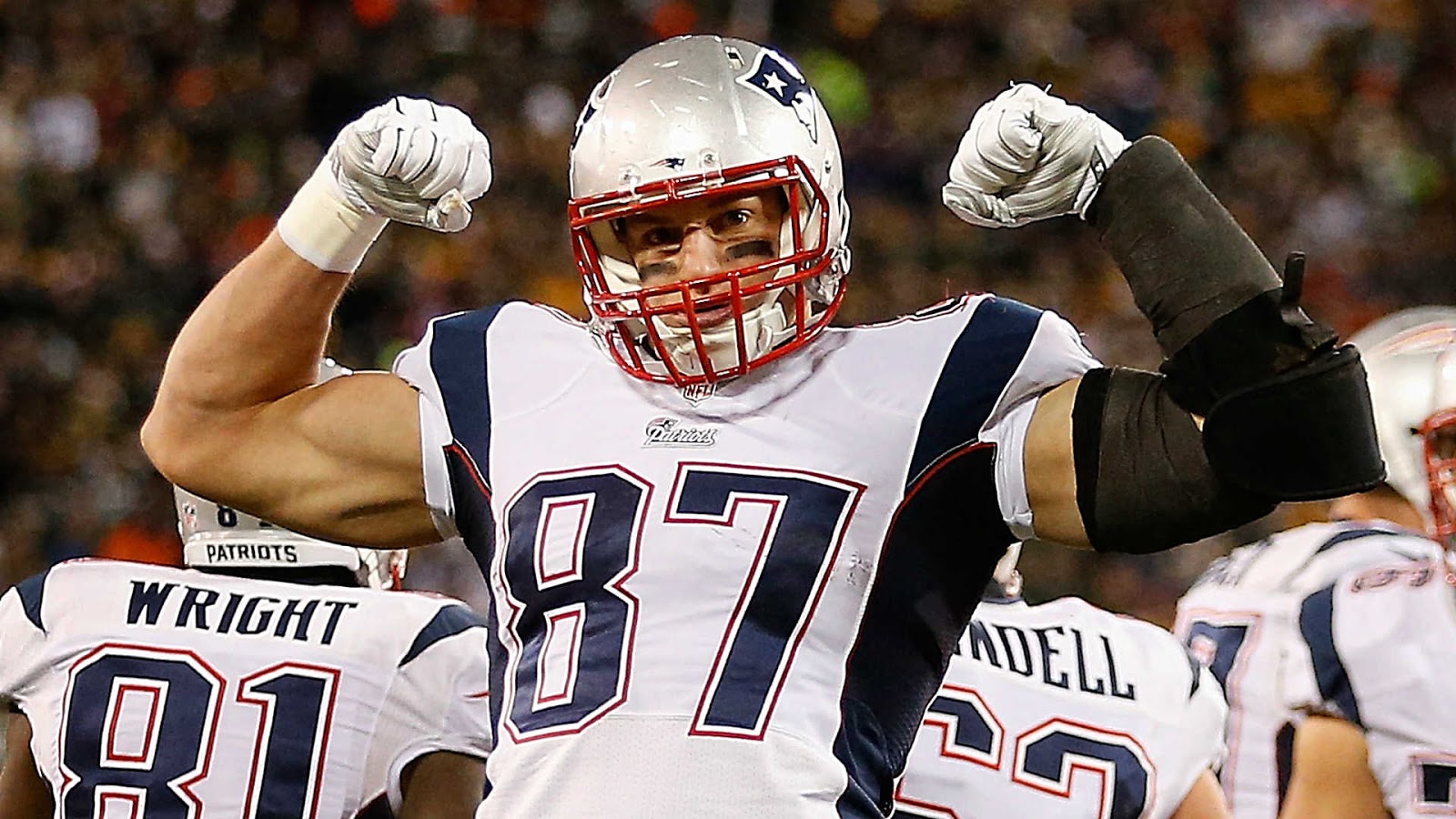 In the third quarter, Gronkowski hauled in a 36-yard touchdown pass from Tom Brady. The scoring strike marked his 68th career touchdown and it tied the great wide receiver Stanley Morgan for the most ever in franchise history. Including the touchdown, he finished the game with four catches for 93 yards.

When asked about the accomplishment after the game, Gronkowski did not seem too concerned with the record-tying catch. The big goof instead expressed excitement about notching his 69th touchdown. It was a typical Gronkowski moment. His response to the question embodied everything Patriots fans have come to love about him.

Gronkowski said, "One more and I got 69 touchdowns, if you know what I mean," and then cracked a smile from ear to ear before giggling like a little kid.

Though there is one thing that is more impressive than Gronkowski's classic response. And that's the fact that he was able to tie the franchise record in just 85 games. It took Morgan 180 games to score 68 touchdowns.

Gronkowski really never has bad day. Keep on keeping on big fella! He will have a chance to shatter the record on Sunday when the Patriots visit the Buffalo Bills in Orchard Park.