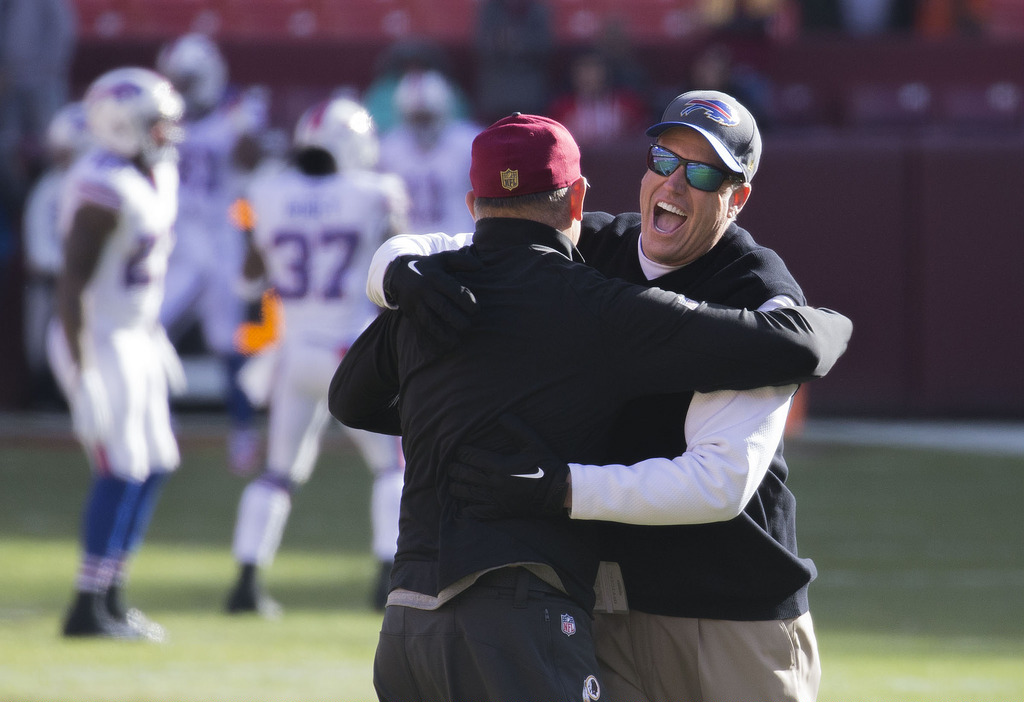 With Rex Ryan already on the hot seat in Buffalo, a loss Sunday could mark his final game against the Patriots at Gillette Stadium, though he feels “good” about his team’s chances with Tom Brady sidelined.

“The one thing I do know for sure is Tom Brady is not the quarterback, and I feel good about that,” Ryan said this week when asked about the uncertainty at quarterback for the Patriots.

The Bills are off to a 1-2 start. They’ve already fired their offensive coordinator and their top receiver Sammy Watkins is likely out for the season. The pressure is on Ryan come Sunday afternoon. Should he be feeling good with odds already stacked against him? The answer is no.

Ryan should be gravely concerned. He has nothing to feel good about considering the Patriots are off to an undefeated start with Jimmy Garoppolo and Jacoby Brissett. And let’s not forget to mention the tall task of challenging the Patriots defense, a unit that dismantled the Texans last week. Oh, and Ryan is a pathetic 4-11 against Bill Belichick.

Ryan has only coached the Bills to one win at Gillette Stadium and that was in a throw away game in the 2014 regular-season finale, but that didn’t stop him from cracking his usual jokes this week in yet another display of immaturity.

“We’re gonna start with the injury report. You'll get it on Wednesday. Simple as that,” Ryan said while doing his best Belichick imitation for the Buffalo media. And then during a conference call with Julian Edelman, Ryan pretended to be a Buffalo reporter named “Walt Patulski.” Ryan asked "Are you playing quarterback this week?"

With all joking aside, Ryan knows his chances to challenge for the AFC East are growing slim. “We need a win in the worst way,” he said earlier this week. If the Bill don’t win, their already-fed-up fans will be calling for Ryan’s head.

Here’s just a taste of what’s been said of Ryan so far this season:

How does Rex Ryan still have a job? Allowing 493 yards of offense is the opposite of a "defensive genius."
— James Mayhan (@james_msw) September 16, 2016