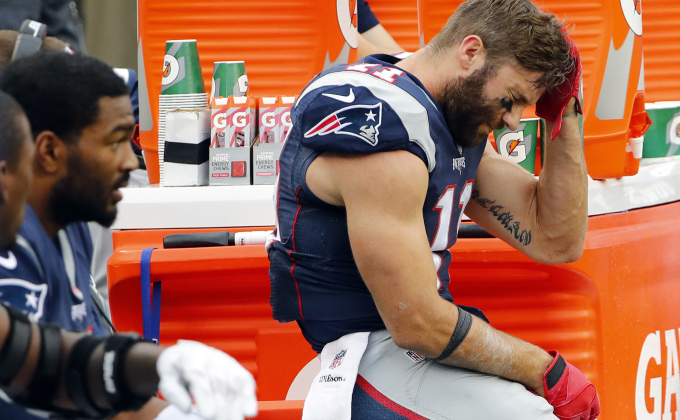 Nobody in the Patriots organization and fanbase wanted to lose to the Buffalo Bills on Sunday but it could be a blessing in disguise. Although, a shutout loss isn't great, think of the circumstances, an injured third-string quarterback leading the offense, come on.

What a defeat does is humbles the Patriots and makes them even more hungry for success, after the media battering they knowingly received. This is good though because it allows the team to improve upon their weaknesses as well as giving them the motivation to make the critics eat their words once again, as this story has happened before. On top of this, the pressure of the undefeated season bandwagon has gone. I can't tell you one Patriot that wouldn't want that 19-0 but it takes the stress and limelight away for a second.

Hold up, the Patriots are going to be definitely getting the limelight with the return of the evergreen Tom Brady from suspension this weekend, so the chance of going under the radar is squashed straight away. If the Pats went 4-0 on this stretch the argument would have been raised again is Brady a system quarterback, by pundits who are just jealous of his success. 'You hate us, 'cos you ain't us'.

Sunday afternoon was frustrating and how much we would have liked to see Rex Ryan's team pounded into the ground but with a 3-1 one record going into October. There is plenty to be cheery about in Foxborough.