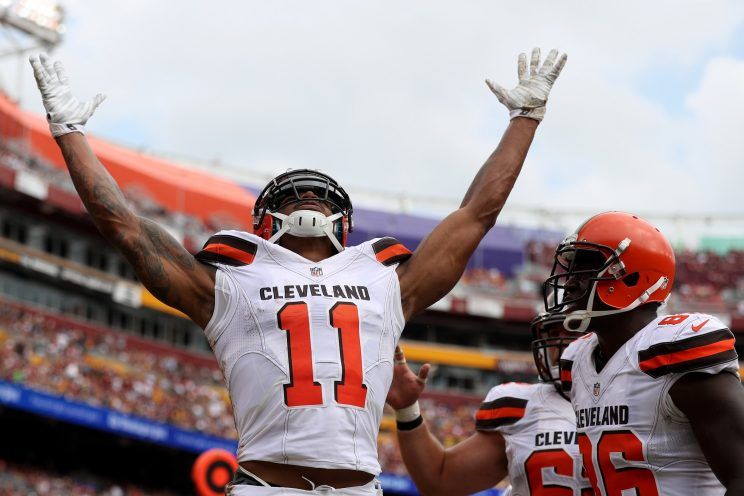 Cleveland Browns top wide receiver Terrelle Pryor "really thought" he was going to be teaming up with Tom Brady after working out for the team in 2015. The Patriots failure to sign the former Ohio State standout was a big mistake, according to a former assistant on Bill Belichick's coaching staff.

Pryor worked out for the Patriots in Sept. 2015, left Foxboro without an offer and remained a free agent until joining the Brown in Dec. 2015. He's since emerged as a dynamic threat, having already hauled in nearly 300 receiving yards this season.

The former quarterback's versatility and athleticism are quintessential traits that the Patriots often look for when it comes to signing free agents. Pryor, who stands 6-foot-4, can stretch the field, can contend for balls in traffic and can throw it, as well as run with it. With that said, it's not surprising that Pryor was caught off guard when the team passed on him.

"I really thought I was going to be a Patriot. I know Bill Belichick really liked me. I had a great workout for them," Pryor said in an interview with Mary Kay Cabot of Cleveland.com.

Former team assistant Michael Lombardi feels the Patriots missed out on a home run in Pryor.

In an interview with Bill Simmons, Lombardi simply said "We blew it." Lombardi said the Patriots missed a "chance to be great" by failing to "take advantage" of the opportunity.