Thursday afternoon it was reported that Tyler Gaffney has been released from the Patriots. This leaves an open spot on their roster for presumably Dion Lewis. Lewis, who tore his ACL last season against the Washington Redskins has been practicing with the team all week and could possibly make his season debut this Sunday against the Seattle Seahawks. Lewis, had a setback at the beginning of training game, and underwent surgery to clean up his torn ACL. 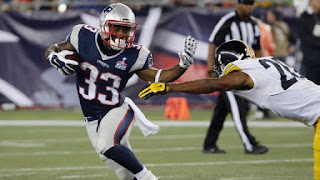 Could this week be the week that all New England fans have been waiting for? If Dion Lewis is returning this week the Patriots must activate him by Saturday at 4:00 pm. If he is not activated by then, he will not be allowed to play in the game on Sunday night.

One thing is for sure, Tyler Gaffney being released opens up the door for the versatile running back Lewis to rightfully take his spot back on the Patriots starting roster.