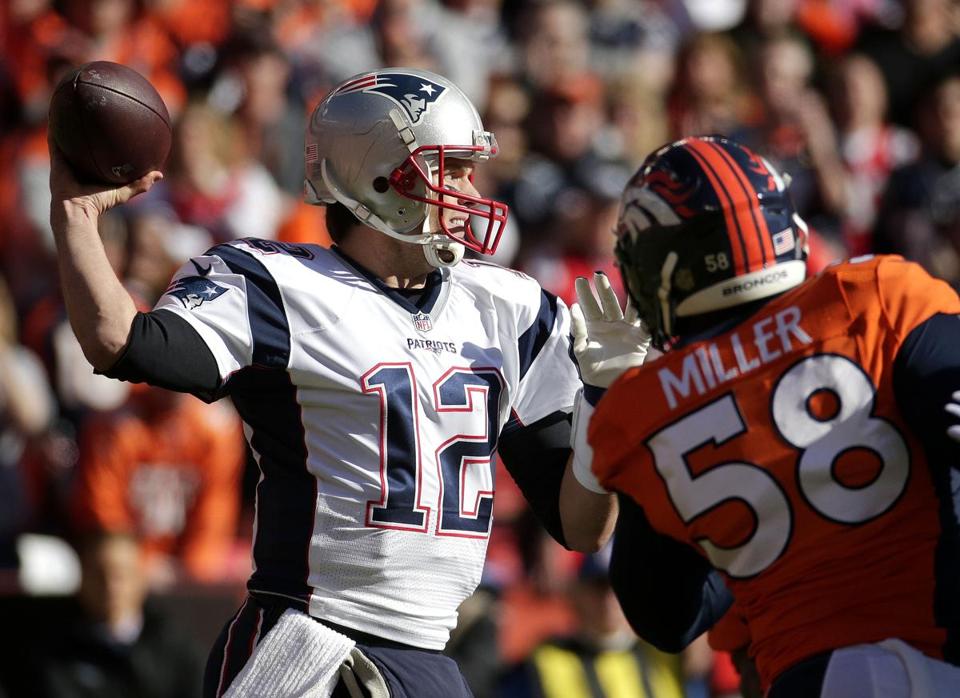 The New England Patriots clinched a first-round playoff bye, secured an eighth straight AFC East title and improved to 12-2 Sunday behind a strong defensive effort in a 16-3 win over the Denver Broncos.

Bill Belichick's club now holds the NFL record for the most consecutive divisional titles in history and the defense played a key role in making it happen. The Patriots recovered two fumbles, intercepted one Trevor Siemien pass and allowed just 58 rushing yards. They yielded no touchdowns in the victory.

The Patriots forced Denver into seven punts and were able to control control the ever-important time of possession statistic. They also sacked Siemien four times for a combined loss of 31 yards. Trey Flowers had a pair of sacks. Malcolm Brown and Jabaal Sheard each had one.

Tom Brady only threw for 188 yards, but the rushing attack helped New England chew up clock.

Dion Lewis tallied 95 yards on 18 carries. LeGarrette Blount scored his team's lone touchdown, upping his season total to 15. The score set an Patriots record for most touchdowns by a running back. Julian Edelman led the way through the air with six catches for 75 yards.

Logan Ryan was arguably New England's best player in the contest. He notched an interception and seven tackles in the game. Ryan's interception sparked an 11-play, 79-yard drive that resulted in a Blount touchdown in the first quarter.

The win marked Belichick's 14th division title, which is good for the most ever by an NFL coach.

The Patriots next play on Saturday against the New York Jets.