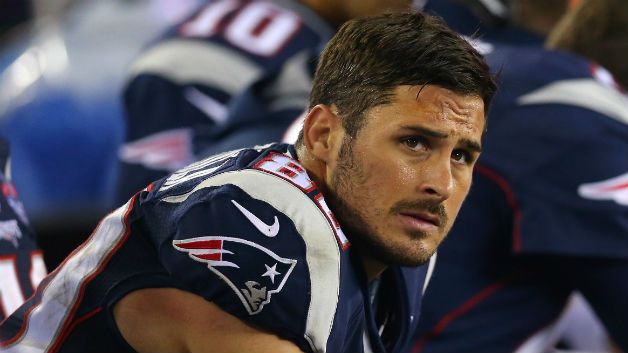 Injuries, Injuries , Injuries! It seems like it happening again for the Patriots with Gronk out for the rest of the season and now Danny Amendola has a ankle injury which now leaves the receiving options a little bit on light side. Only having 4 receivers for the season now looks a bit risky. Is there a need to add one?

The No.4 receiver is key for the high octane offense that is run under Bill Belichick and with Amendola not being available for Monday night's game against the Ravens it would be a risk going in with only 3 fit receivers. Julian Edelman, Malcolm Mitchell and Chris Hogan will be there but do you decide to take a risk on Matthew Slater who is carrying a injury himself or promote a player from the practice squad. Either promote DeAndrew White an undrafted free agent that was with the 49ers last year or Devin Lucien a rookie drafted in the 7th round out of Arizona State.


"I think they've made good progress," coach Bill Belichick said Tuesday. "They both have been consistent. They've been out there every day. They work hard. They've made plays for us in practice on the scout team against our defense."

If it's not White or Lucien, there are some familiar faces available. The top player on the list, former Patriots receiver Keshawn Martin, had been scheduled to work out for the Denver Broncos on Tuesday.