Pats can lock up first-round bye in Week 14 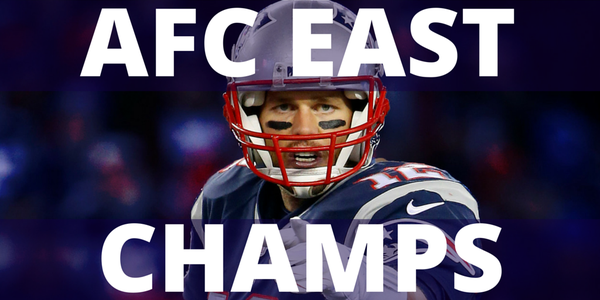 It's playoff scenario time, boys and girls! This is one of my favorite times of the season, as now Patriots fans will begin to discuss clinching scenarios for their beloved team.

With that being said, the Patriots can lock up both the AFC East and a first-round bye this weekend, but they're going to need a little help.

Per ESPN's Adam Schefter, here are the clinching scenarios for the Patriots, as well as the Raiders, Cowboys and Seahawks if you're interested.

Aside from obviously rooting for a Patriots victory against the Ravens on Monday night, we have to root for Buffalo (yikes) and Arizona, who has been playing better of late. Buffalo probably won't beat the Steelers, but there's a very good chance the Cardinals can beat the Dolphins, who were just trounced by Baltimore last week. Miami had won six in a row before last week's beating. So we'll see if they turn into that team, or the team that put up no effort a week ago.

The Patriots control their own destiny when it comes to the division and the No. 2 seed. So as long as they keep winning, they'll be fine. Despite that, they should still be gunning for the No. 1 seed, which would give them home-field advantage throughout the playoffs. No one wants to see a repeat of the end of last season when they pissed away a chance at home-field in the final month with upset losses to Philly, New York and Miami.