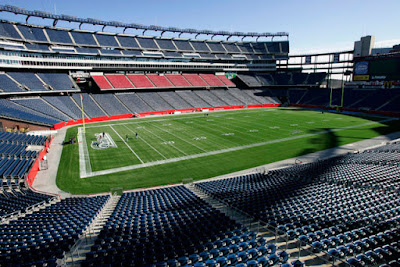 We do know when and where. We just don't know who.

After a deserved week off, the Patriots will take the field on Saturday January 14th at 8:15et in Foxborough. They await the lowest remaining seed of next weekend's Wild Card round.

Kansas City locked up their first-round bye with their victory over San Diego this past Sunday. A Miami victory in Pittsburgh will send the Dolphins to Foxborough. If the home favorites and third-seeded Steelers prevail, the Patriots will host the winner of the Raiders and Texans match up.

Whether by injury or poor play, all three potential New England opponents have suffered personnel issues at the Quarterback position. The Patriots are 3-0 on the year against Miami and Houston with a +55 scoring differential.

Regardless of the match up, all can be assured that a well-rested Patriots club won't be looking ahead.