The Schefter vs. Dilfer feud is officially on 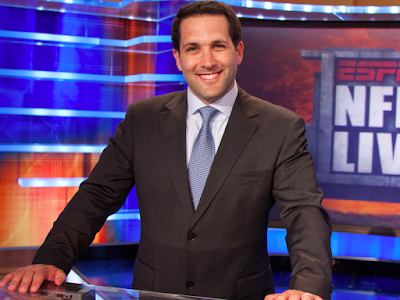 In what is now a public feud between the two ESPN colleagues over last week's reported asking price for Jimmy Garoppolo, Adam Schefter defended his reputation and fired back at Trent Dilfer on Tuesday morning on The Kirk & Callahan Show per Ryan Hannable of WEEI.

“I will promise you that they are getting minimum of a first-round pick for Jimmy Garoppolo. Promise you.” Schefter said Tuesday, doubling down on last week's evaluation of Garoppolo's trade value in which Dilfer, an analyst and not an "insider", saw fit to publically refute. Dilfer, however, took it a step further, practically reducing Schefter's work to that of an errand boy for the Patriots front office.

Schefter went on to send Dilfer back to the children's table on Tuesday morning.

“I can tell you this: Nobody in New England has ever told me a certain price that they would want, or are expecting on Jimmy Garoppolo. I can promise you that. The New England brass is not using me to get a price out on Jimmy Garoppolo. That is a fact that we can dispel right there. That is factually incorrect.” Schefter stated. he later went on to also say, "...facts will be used to correct Trent there, nobody in New England has ever stated any price to me on Jimmy Garoppolo and nobody has ever said to me, ‘Can you please put that out there so we can drum up the interest.’ It’s amazing that somebody that I work with and respect as much as I do would say something like that.”

After Tuesday morning, this feud has as much of a "rivalry" feel to it as tilt between a hammer and a nail. Or for that matter, the Patriots against (insert AFC East team here).