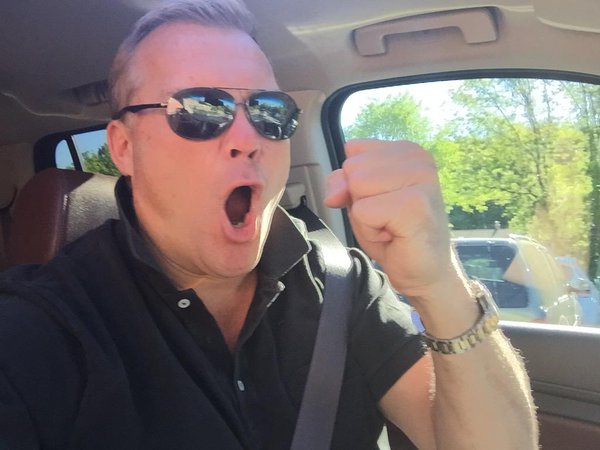 Former Patriots quarterback and current radio color analyst Scott Zolak is one of the more popular Boston sports media personalities, and people go nuts whenever he's shown on the jumbotron at Gillette Stadium.

During the AFC Championship Game last night, Zolak appeared on the big screen with a sign that read "Where is Roger?"

The sign sparked chants about Roger Goodell's whereabouts. As we all know, like a coward, he went to Atlanta to watch a boring Falcons-Packers NFC Championship Game.

There's no running away from it anymore. Goodell will be in Houston for Super Bowl LI.