Steve Smith is wrong, the Patriots are The Little Giants 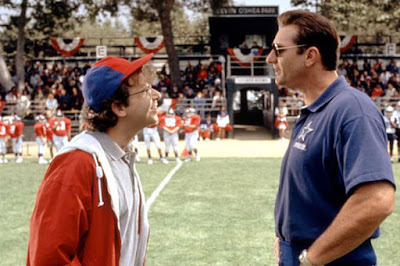 As a general rule, try not to ever disagree with Steve Smith. He's a different kind of cat. It's just not the best idea. However, exception must be taken with the analogy he made Tuesday morning on ESPN's Mike & Mike..

Smith likened the Patriots to the villainous Kevin O'Shea-led Cowboys in the 1994 cinematic masterpiece "The Little Giants". Sorry Steve. You've got the right movie, just the wrong characters. The Patriots much more closely resemble little-brother Danny O'Shea's Giants, and here's why.

With the clear edge intellectually, and the proven ability to get more production from "scrap heap" players, is it crazy to think that Bill Belichick and Danny O'Shea couldn't co-exist on the same staff? They clearly share some core coaching philosophies. Willingness to think outside the box stands out for both. Although it would be tough to get the "Annexation of Puerto Rico" (an illegal fumblerooski-style play) past an NFL officiating crew (you would hope), it's not hard to picture Belichick in the film room asking his staff if there was somehow a way to make it work.

One could speculate there is a strong connection to the New England's mystery man behind the scenes, Director of Football Research Ernie Adams... 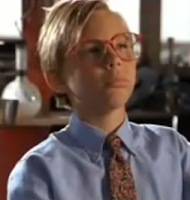 Take a look at the leaders of each offense. The Cowboys employed a strong rushing attack anchored by star prospect Spike Hammersmith, a high-motor playmaker that starred on both sides of the ball. The Little Giants were initially led by strong armed QB Junior Floyd (seriously, what great football names) until a Mo Lewis-like hit sidelined him.

Finally we reach the pinnacle of the Patriots-Little Giants parallels: Becky "Icebox" O'Shea and Tom Brady. Cast aside by teams for one reason or another, they each had something to prove. When their numbers were called, they shined, leading their teams to victory.

Sure it's fun to make correlations between fiction and the real word, but occasionally an exercise in simplification such as this can remind us of the fundamental concepts that drive the sustained success of an organization. New England has dominated the AFC for an entire generation by utilizing the principles of hard work, careful preparation, and progressive thinking that anyone can learn by watching a football-themed family comedy from 1994.

Now can someone get the Patriots defensive line some Alka-Seltzer tablets?