Blount v Suh and Bennett compares winning to sex, What a Week 17! 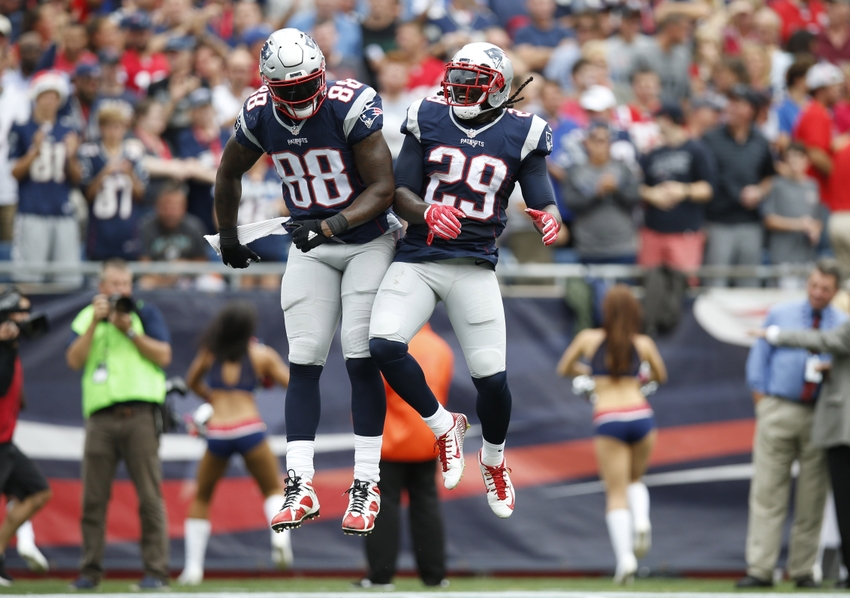 Another year where Week 17 doesn't really mean much to the Patriots. Although it's good to have the AFC running through Foxborough. Before that though the last week of the regular season had a bit more thrills than first expected.

After Tom Brady took apart the Dolphins defense to lead the Patriots to a 35-14 win, LeGarrette Blount was sent into ground out the win. Things got heated between the running back and the notoriously ill-disciplined Ndamukong Suh. The Dolphins defensive tackle seemed to push and take a swing at Blount with four minutes to go and Blount responded by grabbing and ripping off his helmet. It didn't end there though, in a post-game interview for WBZ, Blount spoke about Suh.

On the other hand, the ever-comedic Martellus Bennett was once again at his best after the game in Miami. He is loving life, well wouldn't you be playing a key role on a 14-2 team heading for the playoffs, and potential SuperBowl winner. Bennett is enjoying the change of scenery after 2 seasons with the Bears with 10 or more losses, and spoke to Sports Illustrated about it.


“It's cool. I'm kind of getting used to winning now, you know what I'm saying?" Bennett told reporters. “At first, it's like 'Yeah!' It's like the first time having sex. And then your second time and the your third time, it's like 'Oh yeah, it's pretty cool. I'm getting better at it.' It's really fun.”

Well that's one way of talking about how much you enjoy winning Martellus. Hopefully it carries on and takes the Patriots to a fifth SuperBowl title.