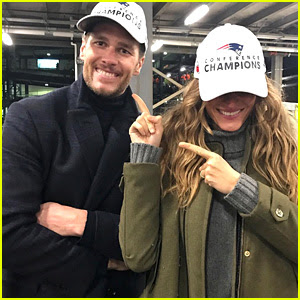 Tom Brady had one of the best post-season games of his career a week after he struggled against the Houston Texans.

On 42 passing attempts, Brady completed 32 passes for 384 yards and three touchdowns. The passing yards set a Patriots post-season record, which almost seems weird that it took this long for Brady to set that record.

Brady will play in the Super Bowl for the seventh time in his career, and it'll be the franchises ninth appearance, a new NFL record.