What the Jamie Collins contract means for Dont'a Hightower 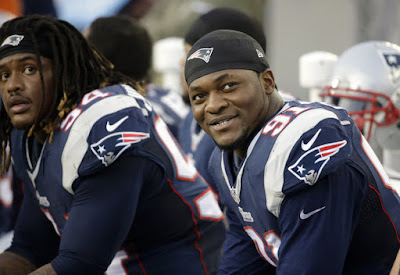 With the NFL's highest amount of available cap space in 2017 and a defense devoid of talent, the Browns had no choice in making the former New England 2nd round pick the highest paid off-the-line linebacker in the league (by average annual value). Although the true stucture and details of the deal have yet to be released, the $12.5 million per year pact for Collins surpasses Luke Kuechly's $12.36 million per year average. Kuechly signed his deal in September of 2015, a full two seasons before he was to potentially hit free agency, and when the league's team salary cap was at $143.28 million, roughly $24.7 million less than 2017's projected number.

What does this mean for Dont'a Hightower?

Most likely it means that the figures involved in any potential Hightower extension should exceed those of Collins' deal. By trading Collins mid-season the Patriots made a clear statement to Hightower and his people that, if forced to choose which linebacker would receive the high-level contract, it was going to be #54, one of the leaders of their defense.

Assuming that talks between Hightower and the Patriots have been tabled until after the season, the early finalization of the Collins deal could prove invaluable in accelerating a negotiation process that will be rapidly approaching the March 1st deadline for 2017 Franchise Tag designations. Hightower's team will be looking north of $12.5 million per year, and if the two sides can't agree on just how far north by the deadline, New England can apply the $14.754 million tag (projected amount for the linebacker position, based on a $168 million league cap).

So what is the magic number?

The Patriots have shown in the past that they have no qualms in making a star linebacker, and one of the leaders of their defense, the league's highest paid at the position (see: Jerod Mayo's extension). Should they go that route with Hightower, one possibility could be for the team to ask Hightower to carry a slightly higher portion of the injury risk.

A deal in the range of 4-years $54 million deal, $25 million guaranteed, and $500,000-1,000,000 per year in 46-man active game-day roster bonuses could be potential compromise. This could put the onus on Hightower to remain healthy and earn his way over the $12.5 million per year threshold set by Collins, making him the highest paid stand-up linebacker in the game.