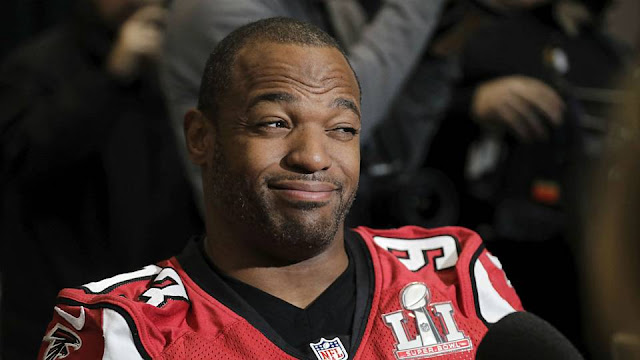 Falcons defensive end Dwight Freeney has had tons of experience going up against the Patriots throughout his career, but nothing could prepare him for what happened on Sunday night.

If you've been living under a rock, the Patriots engineered the greatest comeback in Super Bowl history and defeated the Falcons 34-28 in overtime.

Freeney, like the rest of the Falcons players, coaches and fans, was beside himself after the game. He called the defeat "mind-boggling."

“Mind-boggling,” he said. “Mind-boggling. We had our opportunities. We basically shut ’em out in the first half. If we make just one more play in the second half, it’s a different story.”


That's probably the best way to describe what happened. We're almost 48 hours removed from it all, and I think everyone is still trying to figure out how everything happened.

Even with the greatest quarterback of all time and the greatest head coach of all time, there weren't too many people who thought they could pull that off after the Falcons looked unstoppable.

But Freeney knew it wasn't over, despite the lopsided score.

“I told the guys it was going to be a four-quarter fight,” Freeney said, “and it turned out to be a five-quarter fight. No matter what they do, we have to try to respond. We did that. We just didn’t do it enough. We didn’t make that one last play.”


Super Bowl LI may have also been Freeney's last game, as the 36-year-old has contemplated retirement the last couple of years.

“It’s tough, man,” he said. “I don’t know what the story will be for me after this. It’s great being in this moment. This moment is an amazing moment. Whatever happens after this happens. I don’t know if I’m going to return or not.”