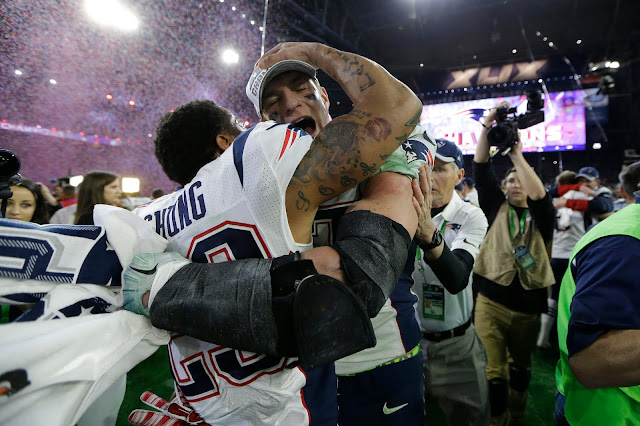 The Patriots have made some adjustments to Rob Gronkowski's and Patrick Chung's contracts.

For Gronk, his salary could be upped from $5.25 million to as high as $10.75 million depending on the incentives reached.

While there's no clear reason from this, ESPN Boston's Mike Reiss poses an interesting theory, which makes total sense.

In each case, the players had previously signed extensions that they felt good about at the time. But as seasons have gone by, both significantly have outperformed the deals.

Acknowledging that dynamic, and also how both haven’t made waves about their contracts, the Patriots basically did each player a solid by taking the best season of each player's career and essentially said, “If that is duplicated in 2017, you can be more in line with others financially at the position, and we continue to benefit as a team.”


This seems to be a pretty reasonable scenario, and one that both players are probably comfortable with. Gronkowski could be the highest-paid tight end in the league if he reaches all his incentive requirements.