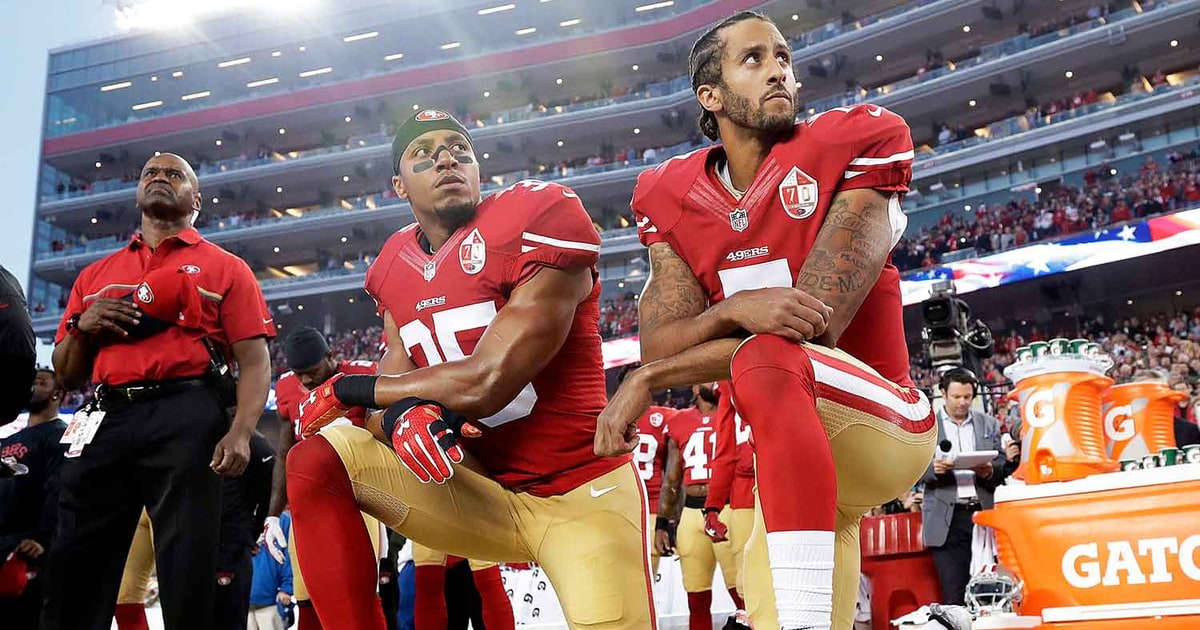 The media had access to the players yesterday as training camp is underway. A question was asked to Patriots safety Devin McCourty about the unsigned quarterback Colin Kaepernick, formerly of the San Francisco 49ers. As a fellow black athlete, who has himself raised his fist during during the National Anthem at the Arizona Cardinals game last season, he knows talent is not indicative of Kaepernick being without a job.

"What he's done, I think, has made it hard for him to get a job. Not even going off his talent level. But just [his stance on social issues] alone makes it tough for teams to give him a shot. I think you see that. I think he was kind of aware of what he did and what he was doing, and the effect it would have on his caeer. It's tough on him, I would imagine. Hopefully he gets picked up and has a chance to still play."

With the fact that there are majority white owners deciding the fate of many black athletes, the dichotomy has looked bad for the league for many months now. It is a business and McCourty has been in the league long enough to know that owners make business decisions everyday. Having an enigma like Kaepernick on the roster doesn't always help the franchise despite the fact he threw 16 touchdowns against 4 interceptions and had a 90.7 quarterback rating.

"Honestly not that surprised," he said at Gillette Stadium on Wednesday. "I think he was aware of what he was getting into. It's sad. The guy's a good player, has done some successful things in this league. It's just how things shake out. In this league, it's not promised," he said. "People above us that make decisions to either have us on the team or not have us on the team. Everything you do will have an effect on your career. It's just something you have to deal with."

"We're not the only profession that deals with that. There's a lot of professions that deal with it. It's just we're in the public eye more. It's something you kind of expect. The longer you're in the league you see more things, you kind of understand and see how it works. It's never easy to handle, but different things happen."

The fact of the matter is, it's awful that Kaepernick must pay for using his NFL platform to protest social injustices. He was blessed to be a quarterback of an prestigious NFL franchise and saw many injustices happening to African Americans around the country and made a rational choice to protest a country's anthem that he didn't believe fought for his own rights. I understand the argument that someone on that large of a platform should not stir the pot but I think McCourty is on to something saying the business of football has kept him unemployed. Its truly awful but there is still time for an NFL team to pick him up.

Yesterday, news broke that Ravens quarterback Joe Flacco injured his back and would be sidelined for 3-6 weeks. This could be the break that Kaepernick needs to get his foot back into the door. His previous head coach in San Francisco was Jim Harbaugh whose brother happens to be the Ravens head coach John Harbaugh. That could be the slight break Kaepernick needs to get an NFL job back; a job he has earned and deserves. Keep an eye out as the latest rumors say that John Harbaugh has already spoken with Kaepernick this offseason and is interested in adding another QB.

Thanks for reading and follow me on twitter @jakescearbo to talk more about this Kaepernick story and race in sports in general. This is a topic that greatly interests me. Check out my website at jakescearbo.com for more pieces written by me!