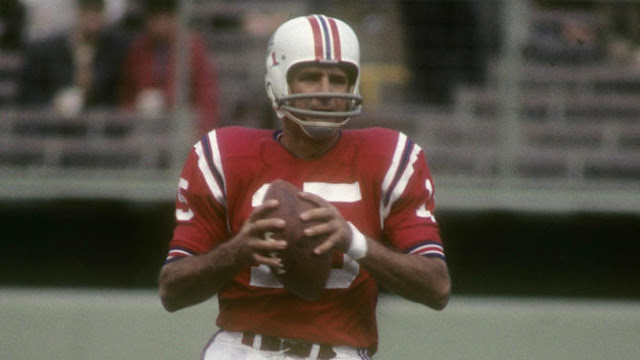 The Patriots family lost one of its big-time members, as former quarterback Vito "Babe" Parilli passed away at the age of 87 over the weekend.

Parilli was considered the first great Patriots quarterback and is a member of the team's Hall of Fame. He played for the Pats from 1961 until 1967 and is fourth on the team's all-time passing list with 16,747 yards. He also threw for 132 touchdowns, also fourth in team history.

Parilli was known as "Gold Finger" for his excellent holding skills, and also was part of the "Grand Opera" with fellow Patriots hall-of-famer Gino Cappellitti.

"For those old enough to have watched the Boston Patriots, Babe Parilli was a fan favorite. The AFL was an exciting, wide open offense that was in stark contrast to the ground and pound ways of the NFL during that era. Parilli and Gino Cappelletti became two of the most popular players in the AFL and future Patriots Hall of Famers. On behalf of the Patriots organization, we were deeply saddened by the news of Babe's passing. Our thoughts and prayers are will the Parilli family and the many family, friends and former teammates who are mourning his loss."


"I had the pleasure of working with Babe Parilli when we coached on the same staff in Denver. He was such a joy to be around and, of course, one of the great quarterbacks of his era."