The Belichick's are all football guys 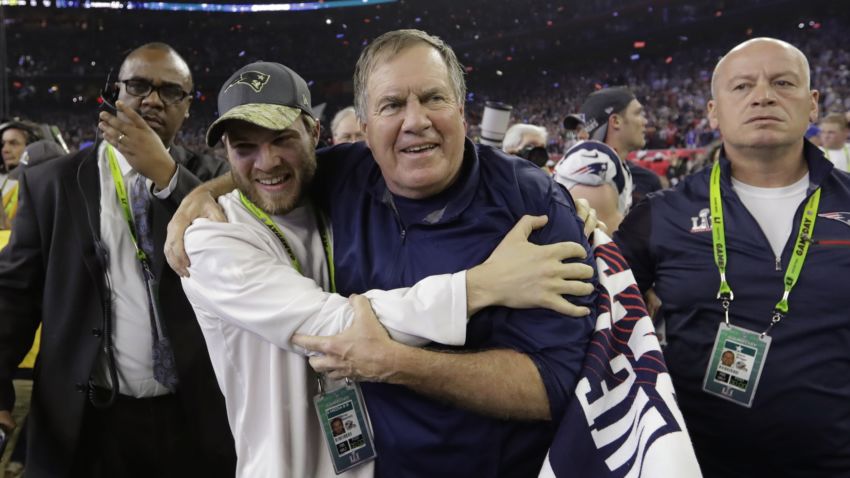 It was announced on Monday that the Patriots would be hiring another Belichick to the coaching staff. Brian Belichick, the youngest son of the head coach Bill, was hired as an intern to the staff. Brian joins his dad and older brother Steve, who is the safeties coach for the Patriots. The Belichick sons have huge shoes to follow, as their dad is one of the greatest coaches of all time. But they couldn’t stay away from football because they are football guys and football is in their blood.

Bill Belichick started as an intern in 1975 for the Baltimore Colts, making 25 dollars a week, and knows the hard work young guys need to put in to be successful. The elder Belichick prides himself on finding young aspiring coaches who he can groom into larger roles. The two main coordinators around the head coach, Josh McDaniels and Matt Patricia, both started in this elementary role and have grown into some of the best assistants in the game. McDaniels was a personnel assistant in 2001 while Patricia was a coaching assistant in 2005. They have made the most of their opportunity and have given the blueprint to the Belichick sons.

Football coaches work long hours, and don’t get any of the glory that the players get but Brian Belichick doesn’t care. Football is in his blood, he’s a football guy just like his dad and older brother. If his dad is any indication, Brian (and Steve) will follow in their dads massive footsteps and create a new brand of football.