Which new Patriots player will be most impactful? 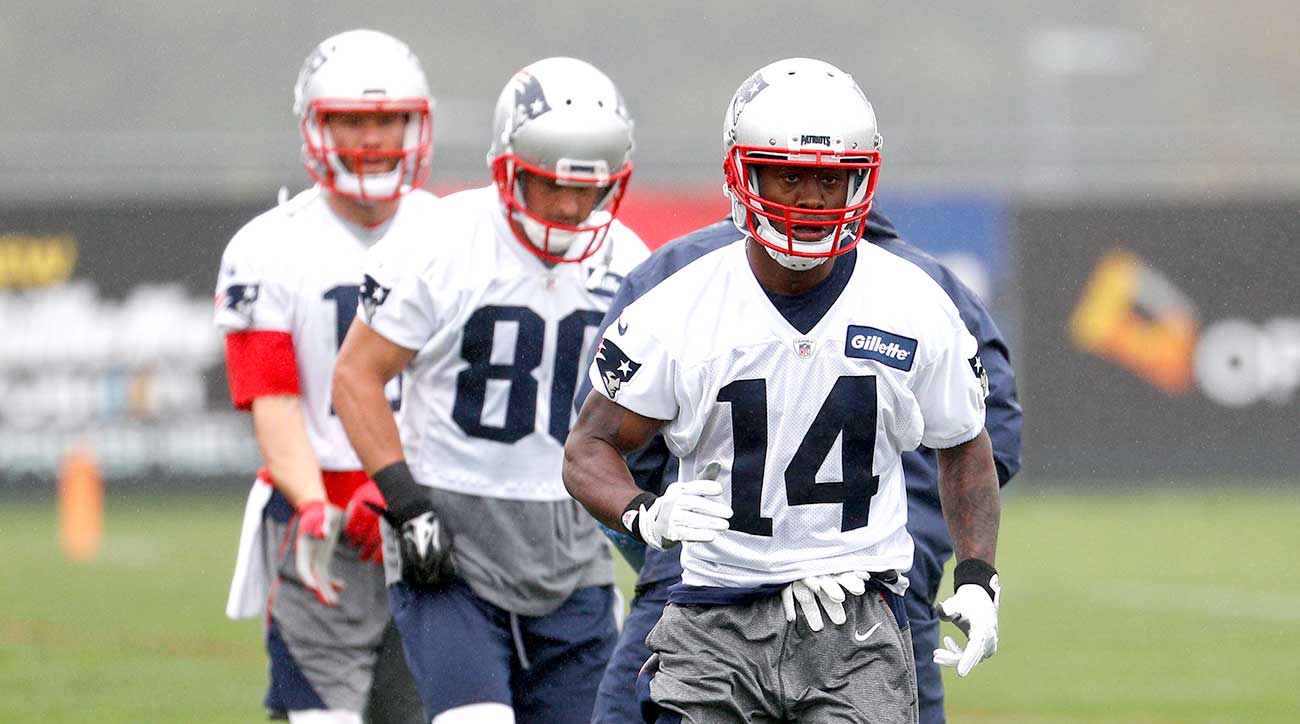 Football is back baby!! The veteran players report to camp today to join the rookies, quarterbacks and injured players who reported Monday. It’s a beautiful sunny day in Foxboro to talk football and discuss the position this team is in. There are many players on the roster who we know what they bring to the table. Tom Brady, Julian Edelman, Rob Ninkovich, Devin McCourty, Nate Solder and Dont’a Hightower are all players who have proved their value to Bill Belichick and should be sticking around for the long haul (except maybe Solder but we all know he’s a great left tackle). The incoming players are what make this team so talented and special on paper. Before training camp starts, injuries occur and depth charts are finalized I want to rank the top 10 newcomer Patriots for how impactful they will be on the field this season. Lets get started!

Disclaimer; this list will look at all new free agents and new draft picks.

10. Tony Garcia
The rookie tackle out of Troy will need to prove himself in training camp to receive snaps. The reason I even put him on this list is because with Solder having only one year left on his contract and the possibility of offensive line injuries, he may see snaps sooner than people expect. He will make an impact just being on the field, negative or positive, because he must protect Brady and open holes for the plethora of running backs. I almost hope he won’t get on the field but the possibility for Garcia to make an impact on the offensive line is present.

9. Rex Burkhead
The running back formerly on the Cincinnati Bengals singed a one year deal with the Patriots this offseason. Belichick has liked this guy for a long time and scooped him up as Burkhead provides versatility that the Patriots covet. He rushed for 119 yards and 2 touchdowns in his last game as a Bengal so he can be an effective runner when given the chance. Where he will impact the game most often is on special teams. He has 2 consecutive seasons with 10 plus special teams tackles and every Patriots fan knows how much Belichick values winning all three phases of the game. I guarantee that Burkhead will make huge plays on special teams throughout the season and be a fan favorite with his hard-nosed play.

8. Derek Rivers
The Patriots drated Rivers with their first selection (83rd overall) in the 2017 NFL draft. As many Patriots beat reporters have written about, the Patriots may have slight issues rushing the passer. This 6 foot 4 250 pound beast from Youngstown State University could play himself into an opportunity to make an impact on defense. Bleacher Report had Rivers as one of the steals of the draft, so training camp will be a huge opportunity to prove he belongs on the field and attacking the quarterback. Don’t be surprised if he gets more snaps as the season progresses.

7. Kony Ealy
The former Carolina Panther pass rusher was traded this offseason to the Patriots for a second round pick. The Pats received a third rounder also. Ealy, like Rivers, is an unknown in how impactful he can be on the defensive front. He had an absolutely amazing Super Bowl 50 in which he sacked Peyton Manning 3 times. The problem is this past season he was inconsistent and benched for stretches, finishing with only 5 sacks. If he can rekindle some of that Super Bowl magic in a Patriots uniform he is far too low on the list. Expect something in the middle of a three sack Super Bowl and being benched.

6. Lawrence Guy
The run of impactful new addition defensive linemen continue. I want to clarify that I put all the new addition defensive linemen in the bottom half because I believe they will be more complementary players to Trey Flowers and Rob Ninkovich. Guy was signed to a 4-year deal worth around 20 million dollars. The 6 foot 4, 305 pound lineman is a versatile player who can be shifted to many spots on the defensive line. He should play tons of snaps and hopefully rush the passer a little bit from over the center and guards.

5. David Harris
The long-time New York Jets linebacker unexpectedly signed with the Patriots for a two year deal after he was cut from the Jets. This move added to an already stellar offseason for the Patriots as Harris can be impactful in many ways. He is a durable linebacker, having only missed 6 games in his entire career. With Hightower being vulnerable to injury it’s incredibly impactful to have an experienced player ready to take his place. Having a player like Harris also will allow Belichick and defensive coordinator Matt Patricia to get creative with their schemes. They could rush Hightower on the outside, play Hightower and Harris together in the middle on running downs or use versatile linebackers Kyle Van Noy or Shea McClellin with Harris. There are endless opportunities with Harris in the fold. Lastly, he has been praised as a great leader and there can never be too many of those in an NFL locker room. Belichick has to be pleased with the possible impact Harris will make this season.


4. Dwayne Allen
The tight end acquired from the Indianapolis Colts for a fourth round pick has the potential to be the most impactful on this list. I only put him lower because he is playing behind a healthy Rob Gronkowski who figures to get his fair share of targets. In any case, having two skilled tight ends is deadly in a Josh McDaniels offense. Allen provides that potential offensive spark, as he had a season with 8 touchdown receptions (2014) and this past season he caught 6. Of course, a tight end cant get playing time unless they can block and Belichick has been on record saying “he's one of the best blocking tight ends we'll see." With Gronk’s injury history Allen has the potential to have a massive impact, both blocking and receiving, on a talented Patriots offense.


3. Stephon Gilmore
One of the biggest free agent signings Belichick has ever made, the former Bills cornerback has big shoes to fill with all that money he is making. If all goes to plan, the tall, lanky corner will be a talented shut down corner that will match up against the best receiver the other team trots out. Being able to play man-to-man with Gilmore and other starting corner back Malcolm Butler allows so much flexibility for the other 9 guys on the defense. He may not lead the league in interceptions, but know he is impacting the game for other players by being a top-flight cover man. He did have 5 interceptions last season and I expect him to reach that number again.

2. Mike Gilislee
The newly singed running back, also from the Bills, has big shoes to fill as the short down back after LeGarrette Blount signed elsewhere. I believe he will offer everything the Patriots need from a short down running back. He has averaged 5.6 yards per carry in his career, which is a huge number, and he rushed for 8 touchdowns as the backup in Buffalo. The Patriots need balance in their offense no matter how deep and talented their wide receivers are and Gillislee is that guy who can keep safeties and linebackers closer to the line of scrimmage. Maybe the best part about him is that he has only fumbled once in his entire career. Now that’s a back that will get carries on a Belichick coached team. I would guess he will match or exceed his rushing touchdown total from last year, which will be very impactful for the Pats offense.

1. Brandin Cooks
I wanted to make any other player the most impactful newcomer to the Patriots but I couldn’t justify anyone else. He is FAST as can be, a deep threat that can run by anyone trying to cover him. At only 23 years old, Cooks already has over 200 receptions, 2 1000-yard seasons and 20 touchdowns in his career. His deep threat ability will open up many passing lanes for his other talented receiving teammates. If he picks up on the Patriots offense and diversifies his game to include screens and reverses, he should be well over 80 catches, 1000 yards and 10 touchdowns. I cannot wait to see him and Brady hook up for a deep ball in week 1. Cooks will be the best deep threat the Pats have had since Randy Moss, which indicates his ability. It will be poetry in motion.

Thanks for reading and hopefully you learned something about the new Patriots players! If you think my list is wrong or have any other suggestions follow me on twitter @jakescearbo so we can discuss! If you want to read more of my writing check out my website at jakescearbo.com!

All stats via Espn.com
Picture via Fred Kfoury Getty Images