Brandin Cooks is ready for added responsibility after Edelman's injury 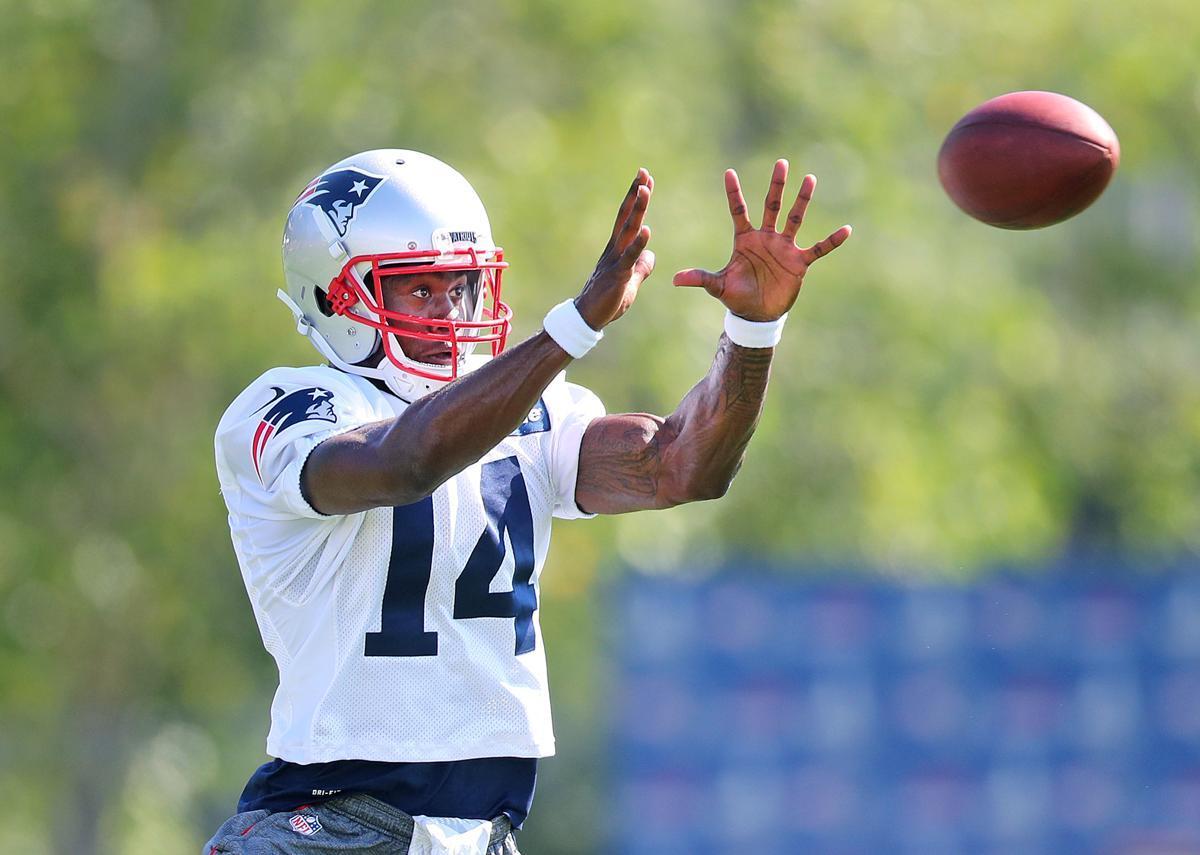 School is just starting up for many kids but not for star wide receiver Brandin Cooks. The Patriots offense is often considered one of the most complex systems in all of the NFL. Players such as Chad Ochocinco, Lawrence Maroney and Scott Chandler failed to make any sort of offensive impact because they were never comfortable with the scheme. These aren't the only three who underperformed with high expectations either.

Cooks was asked today how his Patriots schooling in the offense was going. "If you pay attention, you'll get good grades. You'll get the answers right." While Cooks won't have to worry about failing pre calculus as a senior and barely graduating, he has to step up in the wake of Julian Edelman's injury.

Cooks has been putting in as much work as any Patriots player, even Tom Brady. Its been just over a month since training camp started and Cooks hasn't missed a single practice. His body is responding as well as his mind is to the Patriot way. "I feel amazing. I'm 23 years old," Cooks said Monday with a smile. "I feel like I'm playing Pop Warner again, just running around, having fun."

Bill Belichick has also seen the hard work Cooks has put in during the offseason. "Brandin's in good condition, been out there everyday, works hard, runs hard," Belichick said. "So he looks good."

Cooks has worked his ass off ever since he started playing organized football and he is finally ready to put it all together while playing for the king of the NFL. Some people are worried about his mental fortitude playing in an offense that can look away from certain guys on a weekly basis but Cooks has matured on and off the field. All he wants is to win and contribute to a football team and some of that passion can be seen as negative to outsiders.

In New Orleans, Cooks was most often used as a deep threat and was incredibly successful in doing so. This fact was a reason he was aggravated at times because the deep ball wouldn't always be opened for him. With Edelman out, I expect the Pats to sprinkle in some more short and intermediate routes, line him up in the slot and even have him work over the middle. Adding some diversity to his game film will only make covering his deep routes more difficult. The work he has put in over his life has prepared him for anything the Patriots offensive staff throws at him. A big year is coming for the small receiver. Make sure you draft Cooks on your fantasy team because he is far more than just a deep threat!

Follow me on Twitter @jakescearbo to talk more about the Pats receiving core and specifically what Cooks' role will be week to week. Check out my blog site at jakescearbo.com to read more pieces written by me!

Via ESPN
Picture via The Boston Globe