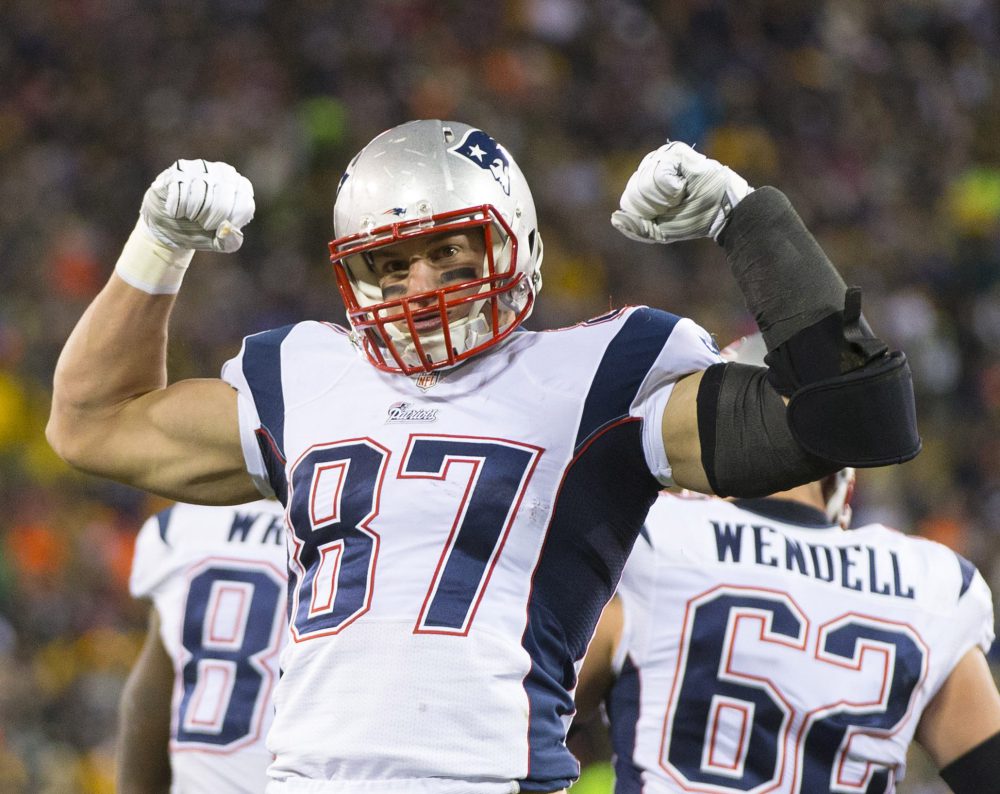 Every single NFL team must deal with injuries over the course of a 16 game regular season and subsequent playoffs. The “next man up” mentality the Patriots bring to the table is often the reason they are so successful. When Rob Gronkowski was injured last season Martellus Bennett stepped up and played the tight end position admirably. Elandon Roberts was great against the run last season at middle linebacker when Dont’a Hightower was on the shelf with a knee injury. There are so many of these examples throughout Bill Belichick’s reign as head coach and these types of players can be key pieces on championship teams.

With the news that defensive ends Kony Ealy and Derek Rivers were hurt at practice today, I wanted to discuss players that the Patriots cannot afford to be injured. Certain position groups are deeper than others so some injuries can affect the team much more than others.

Trainer Jim Whalen checked Rivers' knee and the back of his leg. DR walked off on his own into the locker room. No water, guess not cramps.

5. Malcolm Butler
The Patriots stand out corner has been an absolute workhorse for the past couple of seasons. Butler played almost 97% of total defensive snaps last season, which is a crazy high number. He is a freakishly competitive corner who can come up and make tackles in the run game when asked to. The defense does have Stephon Gilmore as the other outside corner and Eric Rowe could fill in reliably for an injured Butler but the slot corner would be a huge question mark. If the defense can’t contain slot receivers in the middle of the field it would put a lot of stress on the rest of the defense. Butler is such a valuable piece that it would be a devastating loss with his reliability last year.

4. Rob Gronkowski
It is sad that this is always the main narrative with the ultra talented tight end. He hasn’t played a 16 game season since his second year in the league but did play 15 games in 2014 and 2015. I don’t have to go in depth on his skill set but he essentially makes the offense go because of how potent a weapon he is. He is also the best blocking tight end in the NFL. The problem with this season is that I don’t like Dwayne Allen as a suitable replacement for Gronk. Allen is a solid blocker but his pass catching ability has been mediocre at best this camp and the tight end position is a heavily used receiver in the Patriots offense. It would be a huge hit to the Patriots high-powered offense if Gronk cannot stay healthy yet again.

3. Devin McCourty
Losing one of the leaders of the Patriots team would be a massive loss for the defense. He has only missed 5 games in his entire career and reliability is something Belichick covets. He is an excellent cover safety who can match up with tight ends, receivers and also play the middle of the field where he has great range. McCourty is a great tackler as well and rarely lets running backs by him for the big play or allows receivers to break tackles. The safety position is not very deep after McCourty so it would hurt the rest of the defense to lose a player of his caliber.

2. Nate Solder or Marcus Cannon
Both offensive tackles on the Patriots have one of the most important jobs on the whole team; protect Tom Brady. They did a superb job in pass protection last season where they only allowed 24 sacks total, 7th best in the league. Solder was ranked the 8th best left tackle in the NFL according to Pro Football Focus and Cannon was a second team all pro right tackle. The Patriots offense in predicated on giving Brady enough time to find open receivers and these two players showed that their excellent play leads to excellent offense. In 2015, the offensive line was brutal and Brady took far too many hits, which he cannot afford at this time in his career. Lastly, the depth at the position is not great outside of the starters so I would not be comfortable with the backups doing an adequate job at keeping Brady out of harms way.

1. Trey Flowers
I sort of alluded to the most important guy to stay healthy at the beginning of this post. With Ealy and Rivers banged up, and Rob Ninkovich having retired, there is very little depth at this position currently. With only Geneo Grissom, Deatrich Wise, Caleb Kidder and Keionta Davis filling out the rest of the defensive ends, there isn’t much skill to work with should Flowers go down. Pass rush is essential to an effective defense because its very hard to cover receivers for long periods of time. Flowers is due for a breakout year and an injury to him could cripple the entire defense which has so much promise.

I would love if no players were injured but these 6 guys are the ones who need to stay healthy to ensure the Patriots can repeat as Super Bowl Champs.

Follow me on twitter @jakescearbo to talk about more guys who the Patriots can’t afford to lose to injury. Check out my website at jakescearbo.com to see more pieces written by me!