Joe Thomas has awesome reaction to the newest SI cover 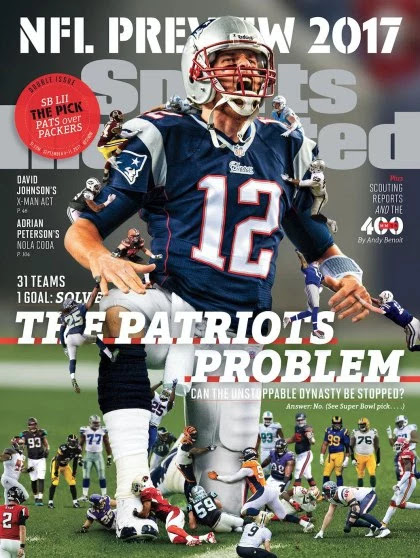 By now, we've all seen the new Sports Illustrated cover. It's awesome and pretty much depicts how every sees this upcoming NFL season turning out.

And while I'm sure there will be people who will get upset about it, Cleveland Browns' left tackle Joe Thomas isn't one of them.

Thomas, who backed Tom Brady multiple times during Deflategate, had a great tweet in response to the cover.

This guy really should be a Patriot at some point in his career. Great player, and clearly a guy with a great sense of humor.

Cardinals cornerback Patrick Peterson also had something to say about the cover, and it isn't exactly flattering if you're him.

Sucks to be you, I guess.