The cornerback and wide receiver positions are fascinating 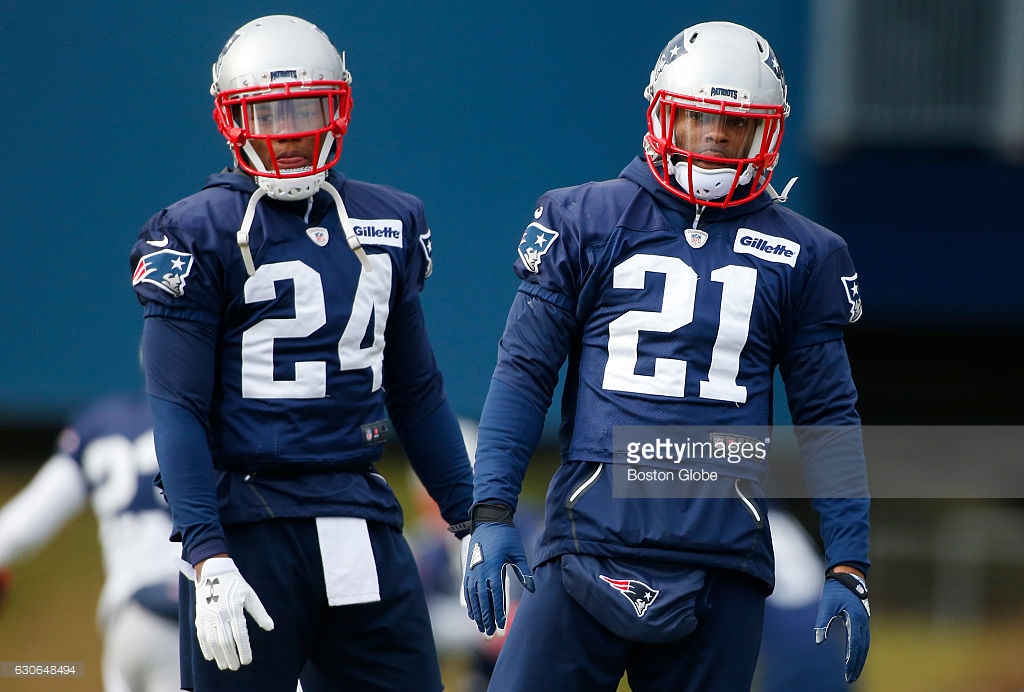 Patriots training camp is one big competition for most guys and the wide receivers and cornerbacks go at it everyday. From 1 v 1's to 11 on 11 drills, they are always matched up against each other. Having talented units makes the job for these players harder but only pushes them to be better players come the regular season. While these two position groups are ultra talented, lets not get too far ahead of ourselves. Bill Belichick knows that injuries and poor play can affect any position group on the team and he will not get complacent. Look at the linebacker group from last season. Going into week one they looked like a strength with Dont'a Hightower, Jamie Collins and Rob Ninkovich leading the way. But Ninkovich got suspended for 4 games, Hightower has an injury history and Collins was traded mid-season. It forced guys like Elandon Roberts, Kyle Van Noy and Shea McClellin to step into leading roles where they excelled. I want to use this lens to view the Pats corners and receivers and take a deeper dive into these talented players.

The wide receivers had a tough day at Patriots camp today. Julian Edelman, Chris Hogan were shaken up while Danny Amendola and Malcolm Mitchell were working on a separate field for those nursing injuries. The wide receiver room is talented but not as deep as some other positions. If a couple guys go down in the regular season it will thrust guys like Austin Carr into the spotlight. It wouldn't be an ideal situation and now the retirement of Andrew Hawkins looks like a loss for the Patriots. Don't be surprised if the Patriots look to bring in another receiver to add to the depth because there is zero experience after the top 5. Maybe battling with the stud cornerbacks for the last week has affected the health of the receivers. It shouldn't be an issue in the long run but receiver health is something to keep an eye on as camp progresses.

The cornerbacks are even more interesting because there is uncertainty. The Patriots have a clear top 5 receivers with Brandin Cooks, Edelman, Hogan, Mitchell and Amendola but the corners have some guys fighting for playing time. The two outside corners on paper are Malcolm Butler and Stephon Gilmore but I don't think thats the whole story. The Patriots are looking intently at who will play slot corner this camp after losing Logan Ryan in free agency. The best corner at camp so far has been Eric Rowe but I find it hard to see him lining up in the slot against small, quick receivers. Standing at 6 foot 1, he is not built like a guy who could stay with a Julian Edelman type receiver. With his play this camp, he should get snaps but in my opinion not in the slot.

The wild cards at corner are Cyrus Jones, the second rounder from the 2016 draft, Justin Coleman, who has experience in the slot in the past, and Jonathan Jones who was an undrafted free agent out of Auburn. I don't see a scenario where Coleman gets snaps as the nickel corner unless there are injuries. He does add depth to the position that can be useful in a 16 game season. Jones had a rocky rookie campaign but is ready to change the narrative on himself as a liability on the field. He has a lot to prove but has the talent and athleticism to make an impact in the slot. Jones has surprisingly impressed this camp and has played himself into the conversation for getting some snaps in the nickel package. Its too early to tell but I believe all three have a shot for some snaps as the slot corner. They have stiff competition in camp against the talented Patriots receivers, which has pushed the three into possible important roles.

So who will be the Elandon Roberts and the Kyle Van Noy of the cornerback position? I see a revolving door at slot corner with even Malcolm Butler getting some reps there. Butler is quick and competitive which will help him keep up with guys in the middle of the field. Rowe's play has me thinking he will get plenty of snaps but don't count out both of the Jones' who have what it takes to cover man to man in the middle of the field. The corner position seems stacked with Butler and Gilmore at the top but other than that, there is a lot for Belichick and his staff to sort out.