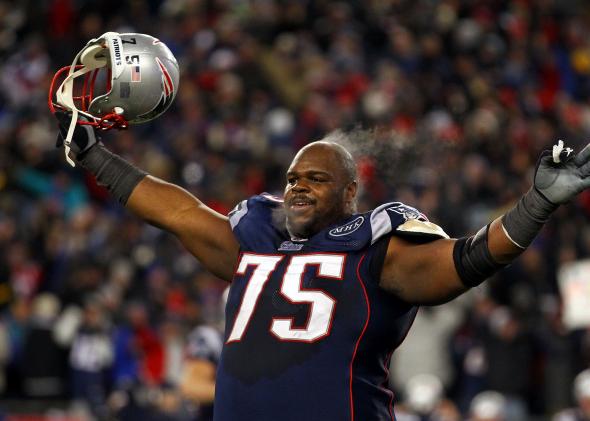 I've dreaded this day even though I knew it was coming.

Former Patriots defensive tackle Vince Wilfork has announced his retirement from the NFL. Wilfork had been debating retiring for the last two years and decided now was the best time to do it.

And he announced it as only he could.

A first round pick of the Pats in 2004, Wilfork won the Super Bowl with New England in his rookie season and in 2014, his final season with the team. He called the victory against Seattle in Super Bowl XLIX, his final game with the Patriots, the best win of his career.

For his career, Wilfork totaled a combined 559 tackles (366 solo, 193 assisted), 16 sacks and three interceptions. Wilfork was also incredibly durable, as he played a full 16-game regular season in nine of his 12 years in the NFL. He only missed more than three games once, which was in 2013 when he only played four games and suffered an achillies injury that ended his season.

While Wilfork's impact could be felt whenever he was on the field, he was also a huge presence off of it.

He started the Vince Wilfork Foundation to increase overall awareness about diabetes and still holds events in the Boston area to this day.

Below is a video of some of his best moments. My two favorites are the interception against the Chargers in 2011 and his hit on Donald Jones in 2012.

Wilfork will forever be one of my favorite Patriots of all time. Writing this has made me sad and nostalgic, so excuse me while I cry at my desk for the rest of the day.