Jay Cutler is the latest quarterback foe in the AFC East 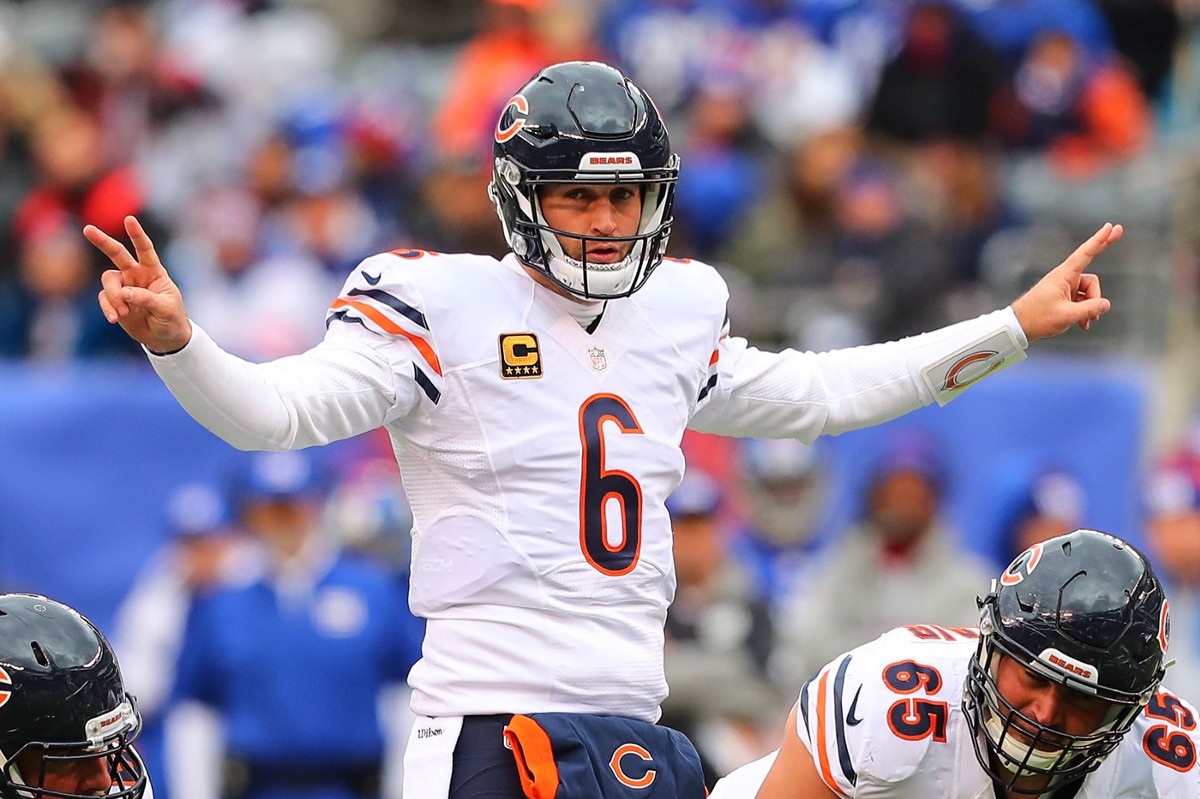 We almost got Jay Cutler in the booth as a color commentator for Fox football broadcasts. That would have been something else with his grumpy facial expressions and dull personality. Instead, Cutler signed a one-year deal worth up to 10 million dollars with the Miami Dolphins to replace the injured Ryan Tannehill. It hasn’t been decided yet but it seems as though Tannehill will miss significant time, possibly the whole season with a non-contact knee injury. Yet another quarterback joins an AFC East team looking to knock off the New England Patriots. It has been an unprecedented quarterback carousel for the Dolphins, Buffalo Bills and New York Jets. The success of the Patriots has driven them to draft and sign more quarterbacks but yet has helped the Patriots stay at the top because of the poor play of many of these players. It’s an interesting phenomenon when a team tries to keep up with Tom Brady.

I would now like to list all the quarterbacks that each of the three other AFC East teams have started at QB since Brady took over the Patriots job in 2001.

That is one heck of a group right there. I didn’t even remember half of these guys because they are so irrelevant. The Patriots have essentially started Brady for every game since 2001 minus the Matt Cassel year in 2008 while Brady was injured. Now you can add Jay Cutler to the Miami Dolphins list of starters as I am guessing he will end up the starter over Matt Moore. Cutler and Dolphins head coach Adam Gase were together in Chicago in 2015 for one of Cutler’s best statistical seasons in the NFL. He threw for 21 touchdowns, had only 11 interceptions (very low for Cutler) and played in 15 games. Gase worked on his decision-making and body language and it had a real effect on his play.

Cutler has some real weapons to work with in Miami also. Jarvis Landry is one of the better playmaking, possession receivers in the league and has caught 288 balls in his three years in the NFL. Kenny Stills is a speed receiver who caught 9 touchdowns and could be impacted greatly by Cutler’s strong arm. DeVante Parker is entering his third year and has shown all the signs of breaking out this season. Lastly, Julius Thomas is a huge athletic tight end that can be a red zone threat for Cutler. If it all comes together for Cutler and these weapons they could not only make the playoffs but also make some noise because of the defense they possess.

Cutler will not save the Dolphins though, I felt crazy typing that last sentence. Yes they have some serious talent on both sides of the ball but the quarterback is always the key in the NFL and Cutler has never reinvented himself. That one-year under Gase may have been promising but they didn’t even make the playoffs that season. Cutler has never been a fiery competitor like the great quarterbacks in the league and always lets the big interception shatter his confidence. He will just be another name on the long list of AFC East quarterbacks to have failed in dethroning the Patriots. Despite his shortcomings I look forward to having the gun-slinging Cutler playing for the Dolphins.

Follow me on twitter @jakescearbo to talk more about the Patriots AFC East opponents this coming season. Check out my website at jakescearbo.com for more articles written by me!