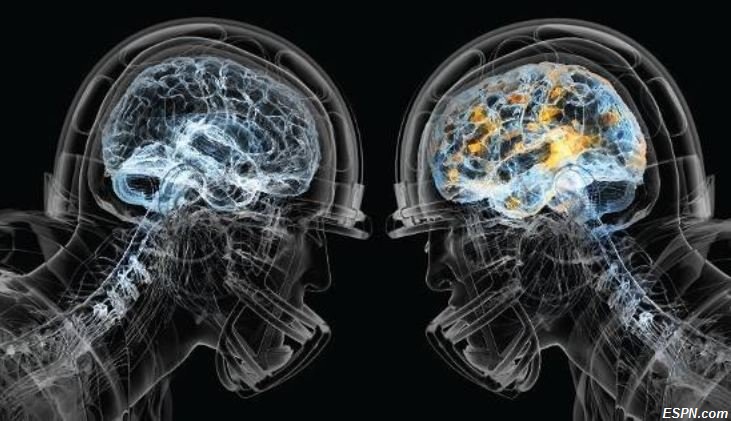 This could change the whole world of football forever. Not just the National Football League, who has swept head injuries under the rug before, but football all the way down to the youth level. There are too many stories of how retied players have had serious issues with memory, vision and mental health stemming from football. Most of these awful stories were from players who have played football their entire lives and have sustained far too many hits to the head since Pop Warner.

This is a massive breakthrough for the Boston University School of Medicine in diagnosing chronic traumatic encephalopathy (CTE). It's one thing to study the brain of deceased football players who were clearly struggling mentally such as Junior Seau and Aaron Hernandez but a completely other thing to study the brains of guys living and playing football.

Dr. Ann McKee was the neuropathologist credited which many of the major breakthroughs in the study of this degenerative brain disease.

"To me, it feels like maybe now we can start going in the other direction", McKee said. "We've been going down and everything has just gotten more and more depressing. And now its like, 'yeah, we're actually going to find some answers here'".

At this point, McKee and her team have shown that people who play football at the NFL level are very likely to develop this disease. Her recent study showed 110 out of 111 former football players had this disease and it was a widely talked about report.

Being able to identity a certain protein which is related to brain inflammation will be the new norm in diagnosing living players with CTE. Despite players claiming they understand the risks of playing football, this could spell the slow demise of football as we know it. If football isn't withered away like the brains of ex-NFL players, then the game will have to change massively to even less hits to the head. Maybe taking off face masks or losing helmets altogether could back form tackling. Best case scenario is there is a talent crisis in the league with the best players retiring in their prime to lessen the impact on their brains.

This research is in its infancy so there isn't a BU researcher studying your favorite players brain tomorrow but an apocalypse is coming for the NFL. If scientist do expand this research and are able to diagnose current players it could change the image of head injuries even further. Parents wont allow their kids to play, colleges or high schools may drop players off the team or disband programs if their players are found to have CTE and the NFL may be facing even more lawsuits. It's a doomsday scenario for the most popular sport in America but a situation that is still developing.

via Mass Live
Picture via Inside the Pylon