Offense or defense: which unit should scare fans more 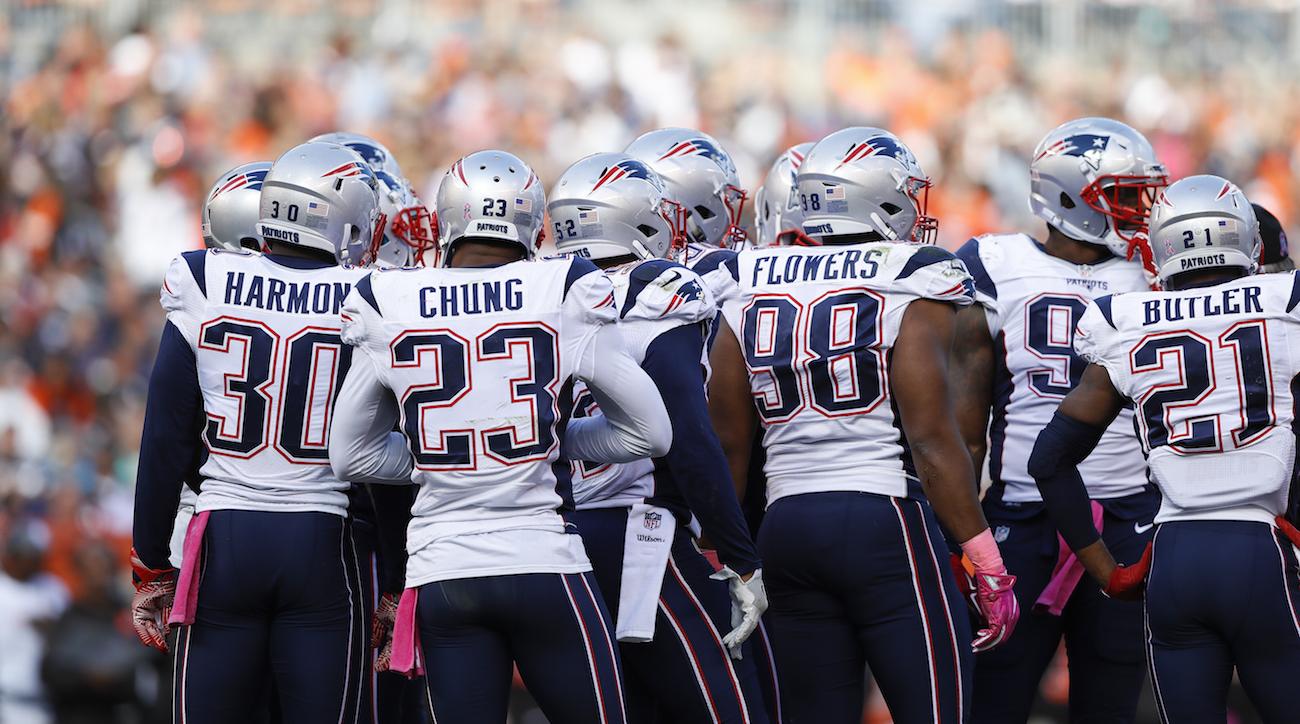 After such a hot start to the season opener it seemed as though the Patriots might rout the Chiefs. That was until they got stuffed on a fourth and 1 in the red zone. The Pats still seemed to be in control up until the fourth quarter 78 yard TD pass to Kareem Hunt. Then the Patriots play fell into shambles on both sides of the ball. There seemed to be weaknesses all over the field and the Chiefs ultimately crushed the Pats. There is work to do on both sides of the ball but the defense is the most worrisome.

Doug Kyed, the Patriots beat reporter for NESN wrote that the offense was the bigger issue for Bill Belichick, Josh McDaniels and Tom Brady to deal with. His argument was that the offense has struggled mightily at times without Julian Edelman, specifically in 2015. Brady looked old, Rob Gronkowski looked like his back surgeries were catching up with him and relying on Danny Amendola in the slot is futile because he rarely stays healthy. These are fair points but after seeing the offenses of many other NFL teams falter on Sunday its too early to panic.

Offenses are generally behind defenses because offensive schemes can take longer to implement with new players. The Patriots are a team who are going to have to morph their scheme from an Edelman centric one to an offense that uses its deep threats while also not straying too far away from its stellar middle of the field game.

Ugly day of football.
Two of 12 games decided by 7 points or less.
Lots of bad football.
Giants, Seahawks doomed if they protect like today.

Full list of RBs with more than 1 rushing TD so far today:
[none]

These tweets from Peter King and the Ringer illustrate how Sunday made the Patriots loss look much better. There is work to be done but the entire league struggled offensively at times and many games were nearly unwatchable.

It will take Brady some time to acclimate to his new weapons as he seemed out of sync with Gronk, Cooks and Hogan. Phillip Dorsett barely played, Dwayne Allen was only targeted on the first play of the game and the running backs weren't utilized to their fullest potential. Offenses are reliant on exploiting matchups and the offense isn't sure of how to use their new pieces yet. Playing a normally soft Saints defense will help the Pats offense get some confidence moving forward this season.

Additionally, they entered the season unhealthy so as soon as they can field their entire arsenal of weapons there is more to be expected from this group. Anyone who watched the nationally televised Seahawks-Packers or Giants-Cowboys saw how pathetic other offenses on contending teams looked. Nothing is certain in the NFL, especially after week one. The offense should find its groove sooner rather than later.

As for the defense, unless there are some major changes, they could be in trouble moving forward. It will be up to the defense to carry this team while the offense gets healthy and discovers the best ways to utilize their new weapons but last Thursday showed the defense is an even bigger question mark. The Chiefs offense came into the game having lost one of their top receivers (Jeremy Maclin) and their starting running back to injury (Spencer Ware) but Tyreek Hill and Kareem Hunt were all Alex Smith needed to gash the Patriots.

Kyed mentioned in his article that the pass rush wasn't as big of an issue as many thought with the severe lack of depth but this statement is misguided. Yes, Trey Flowers ended with two sacks and Deatrich Wise added the first sack of his career but Smith had all day to throw. The Pats were generally rushing only three and dropping back 8 in coverage but this strategy had little success as the Chiefs offense put up numbers that a Belichick defense has never surrendered before. The pass rush has to make the QB uncomfortable because even the most talented of secondaries will surrender yardage when they have to cover for 5 seconds or more.

The fact that Jordan Richards was playing a hybrid linebacker/safety position was all that needs to be seen to know that it was going to be a long day for the defense. At only 210 pounds, he was manhandled by offensive lineman and that was one of the reasons Kareem Hunt had such a huge day. Linebackers David Harris and Elandon Roberts were barely seen in the game which was bizarre. That position group needs to step up against a Saints running back unit that fields Adrian Peterson and Alvin Kamara. Richards is not a long term solution at the hybrid backer position and Harris or Roberts need to prove their worth to Belichick. With Dont'a Hightower playing a lot on the edge on early downs it might be time to move him back to the middle if he's healthy next Sunday.

The secondary had some serious lapses in the loss. Having two touchdowns over 75 yards is something that never happens to the Pats and these were straight up mental mistakes. The secondary is the least worrisome of all the defensive groups but Stephon Gilmore getting burned on the Hill touchdown and Malcolm Butler getting a pass interference in the end zone is not promising.

There is clearly not as much depth on there defense as previously thought, when Richards and Cassius Marsh are playing big time roles. Belichick needs to figure out how best to utilize his talented players on defense because they were not a cohesive group last week.

The encouraging sign is that many NFL teams faltered on Sunday and looked pitiful but so did the Patriots. The offense will work itself out over time but the defense needs remastering. Football is a team game and all 11 players must work as one to stop offenses in todays NFL. The Pats have a HUGE test this coming Sunday in New Orleans against a stud quarterback in Drew Brees

Follow me on twitter @jakescearbo to give more input on what were the biggest issues for the Pats last Thursday. Check out my website at jakescearbo.com to read more Patriots pieces written by me.