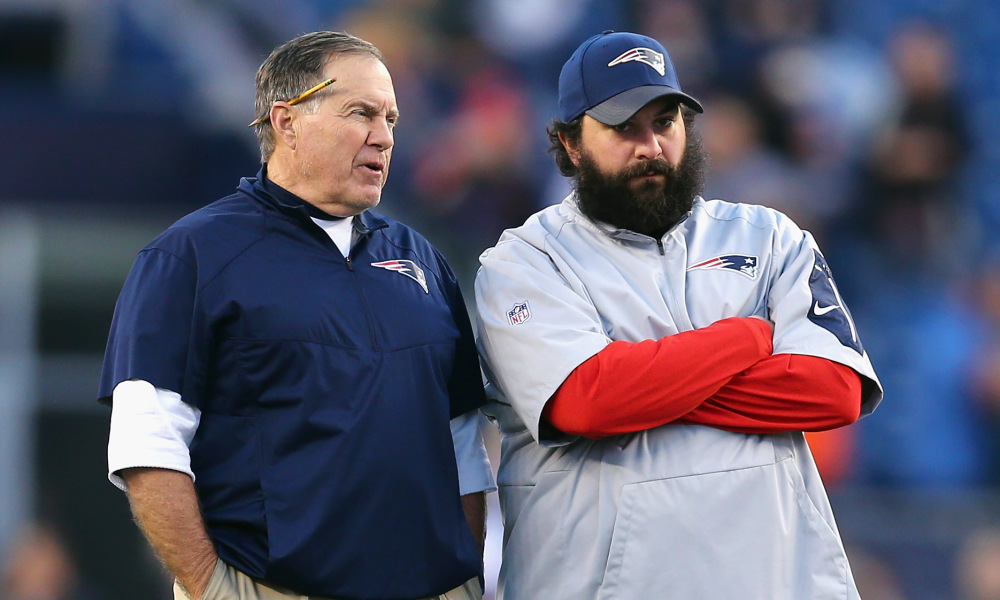 The Patriots just wrapped up their massive week 2 victory over the New Orleans Saints. This game felt like one of the biggest must wins in a long time and the Patriots answered many questions on both sides of the ball.

The offense was excellent with only three receivers in uniform but the defense was the more worrisome unit after week 1. The adjustments made by Bill Belichick and his staff showed marked improvement even without starting linebacker Dont'a Hightower.

First off, Jordan Richards was rarely seen in that hybrid linebacker/safety spot after being brutally bad against the run when facing the Chiefs. Elandon Roberts was patrolling the middle of the field in this tilt and Kyle Van Noy was playing the edge backer where Hightower was slotted in week 1. The Saints have talented running backs and were held to only 81 yards on the ground. This is a huge improvement from week 1 and run defense was definitely a point of interest from Belichick.

The pass defense against the running backs was spotty but the Pats used a different look than in week 1. Patrick Chung was used against Alvin Kamara who is a solid pass catching back. Kamara had a few big plays in the passing game but it was a better gameplan to use a safety rather than a linebacker against these talented pass catching backs.

The rest of the secondary was generally solid. Drew Brees ended up with over 300 passing yards and two touchdowns but it wasn't a poor scheme that allowed all those yards. Brees racked up a bunch of stats in garbage time when the defense was playing an incredibly conservative scheme just looking to keep the ball in front of them. Malcolm Butler and Stephon Gilmore were barely mentioned on the telecast which is always a plus when talking about cornerbacks. Eric Rowe was dealing with a groin injury and didn't play much so Jonathan Jones was forced into playing time and excelled. He made two great plays in man coverage. Its piece of mind having depth in the back end. Devin McCourty was solid as ever playing through his own groin injury and didn't allow those long plays that plagued the Pats in week 1.

The Saints Brandon Coleman touchdown was scored on a pick route and was a well designed play by Sean Payton but something the Patriots have struggled to cover so far this season. They need to look at trying to switch on those pick routes because they have been picked on in those situations in the first two weeks.

The defensive front was spotty in this game but the real takeaway was the development of rookie Deatrich Wise. He looked athletic and was a beast rushing the passer. He ended with a sack and multiple quarterback hits and had Brees on his heels during passing downs.

His development will be key because the Saints offensive line was doubling Trey Flowers all game and his impact was minimal. A second effective pass rusher will go a long way as this defense looks to discover an identity.

Having said all this, the defense still has tons of room to improve. The Saints moved the ball at will during certain drives. The depth is still an issue at linebacker and pass rusher but fans should be pleased to see a huge improvement from week 1 against a great Saints offense. Getting Hightower back next week could be the shot in the arm this team needs to push themselves to an elite level defense that the squad looks on paper.

Check out my website to see more Patriots blogs written by me and look for my grades and awards blog coming up tomorrow. Here is week 1's grades and awards if you want to remind yourself how bad the team was and want to see how far they have come since week 1.