The importance of commentators during NFL games: a discussion of Tony Romo 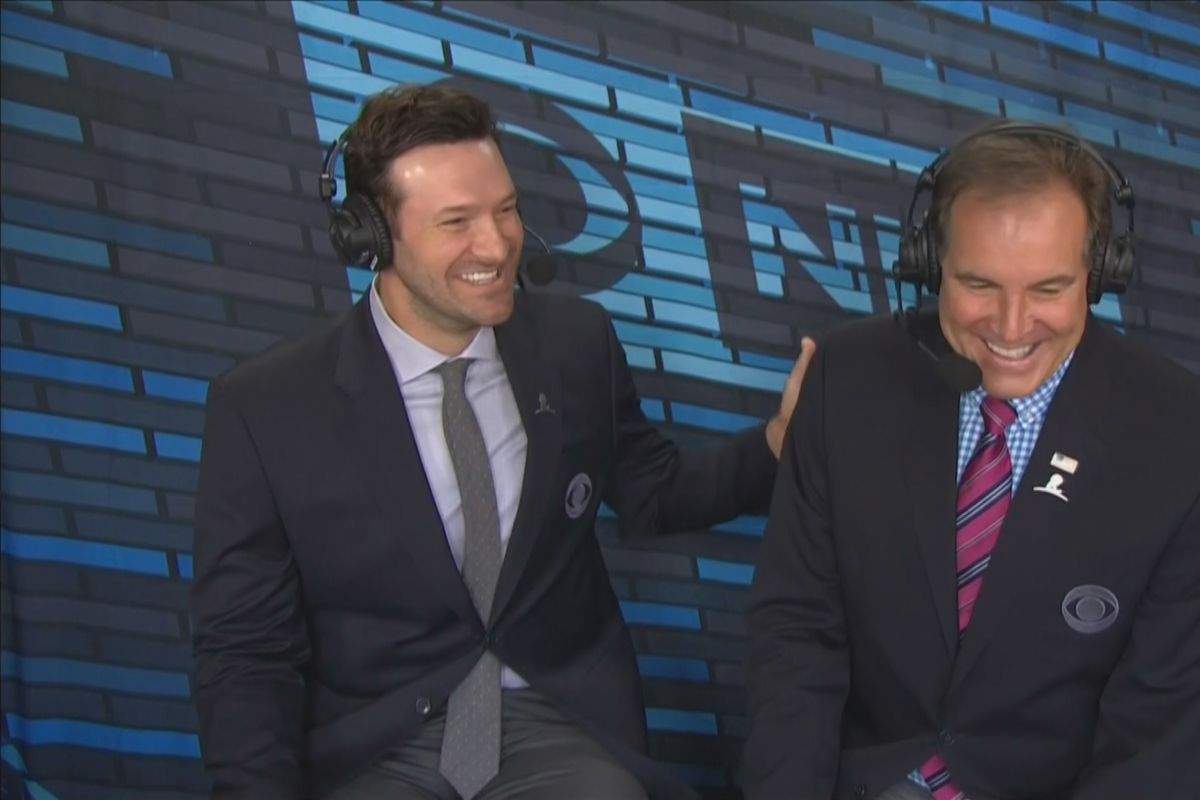 Tony Romo was a starting quarterback in the NFL for 10 years and had tons of success with the Dallas Cowboys. His body ultimately failed him and his career was left with mostly "what ifs" after he was vanquished in the playoffs every season he participated in. Romo decided to call it a career before the 2017 season and was hired by CBS to take the color commentator role along with Jim Nantz. He is the man again but this time in the booth and not on the field.

There is pressure on both commentators to keep viewers engaged and add useful dialogue to enhance the experience of watching a game on the couch. Football games are choppy with stoppages in between every play so the commentators must chime in or risk silence on the air. Diehard fans appreciate when a commentator can bridge each play to the next with his smart insight. Oftentimes the former NFL players can shed light on issues or plays that are invisible to the regular guy sitting on the couch. It's invaluable for a football game to be worked by two professionals in the booth.

As a football fan, it should excite you when certain commentators are assigned for the games you care about. Play by play guys such as Nantz, Ian Eagle and Gus Johnson bring extra passion to touchdowns and other game changing plays. Romo now has the critical role of following Nantz' passionate calls with commentary that only a former NFL quarterback can offer. He showed on Sunday why he can be great.

Tony Romo's going to be so good at this. pic.twitter.com/uCj4cxomJX

The part of the video where he bet Nantz 5 dollars the Raiders would run the ball left was the quote of week 1 of NFL Sunday. What separates Romo from his predecessor Phil Simms is that Romo played in this pass happy era of the NFL which looks nothing like the NFL during Simms' playing days. Romo should have unique commentary that will enhance the fan experience. Someone should start a tally for how many times Romo calls a correct play before the snap because that would be an interesting stat for a 16 game season.

Nantz and Romo are calling the Patriots-Saints game this coming Sunday and Pats fans should be wicked excited! The football matchup includes two of the best quarterbacks in the league and Romo should have a field day dissecting what these genius play callers are reading in defenses. It may be easier for him to offer interesting tidbits because Brady and Brees are so damn good at quarterback. Lets hope for tons of offense!

There will be blips in the road because its such a difficult job to be thrown into but CBS has faith that Romo and Nantz will offer the staple sounds of huge football games for the foreseeable future. Pats fans should pay attention to what Romo has to say on Sunday because you may learn something about being an elite quarterback in the NFL and how their minds work.

Follow me on twitter @jakescearbo to discuss your views on commentators in the NFL and your favorites in the business. Check out my website at jakescearbo.com to read more Pats articles by me!