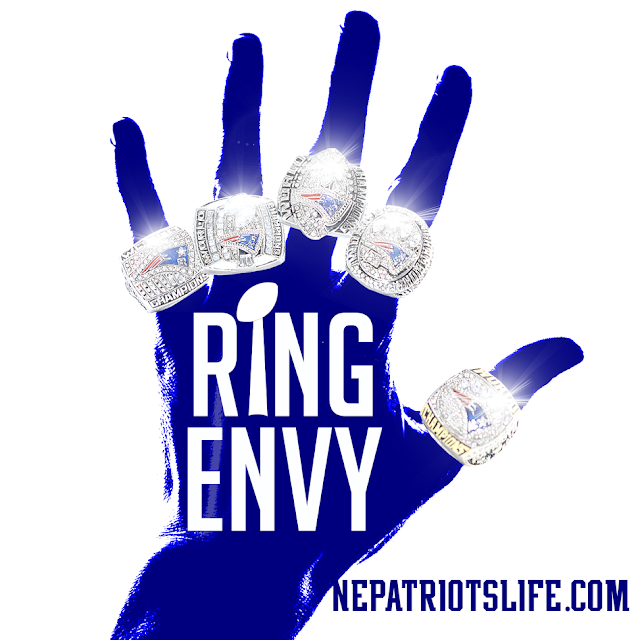 The Patriots went into Denver, the only place that has really given Tom Brady trouble throughout his career, and waxed the sinking Broncos 41-16 behind some of the most brutal special teams play I've ever seen from an opponent. Broncos fans were quick to point out how bad it was and didn't hold back when talking about head coach Vance Joseph. There are no shortages of laughs in this one.

Going to be just the next beat down in line.

This will be a close game, we are at home and the Pats don't impress me. They lost 2 at home already and went down to the wire against the Jets and Bucs. Their D is one of the worst and there is no Edelman or Hogan. Plus their RT is injured so the OL doesn't look good.

We win today, we make the playoffs (though likely get a quick first round exit).

We get killed and look disinterested again....I have a meltdown and start drinking.....Pats trLols celebrate....

Ready to watch this train wreck...

3 and out? Did that just happen?

And heart ripped right out.....

I would say this is the end for Mckenzie but knowing VJ it’s not.

Well I should just go to bed lol

Can we get a real head coach and offensive coordinator?

One damn week can we not look like a bunch of idiots!!!

There's the Broncos I know under Joseph. Fundamentally trash. 20 turnovers in 9 weeks. T E R R I B L E

Patriots trying hard to strip the ball. Wonder if our coaches even notice things like this

It was a little behind but I don’t think he would have cuaght it anyways. Good to put points up on the first drive.

DT has to catch that. At least good McManus seems to be staying.

my dog likes to catch the football and always goes after it. She can play offense and defense. Just cant punt or kick! lulz

Special teams not so special

special teams is a joke again . another year. this is all coaching my friends

What the heck kind of tackling was that?

Hey guys remember we had a great week of practice!!!!

Why didn't we keep the special teams coach from last year? Did he want another 250 k a year? Too steep? Dang, have we gotten cheap?

Can Olivio be fired? Please?

This TEAM is well beyond the point of pathetic, embarrassing and shameful.

So the zebras are against us again too. Awesome.

so frustrating. No presence of a tight end in red zone. Will never score consistently

He made contact with him after the pass and gave an extra shove after he was well aware the ball wasn’t in his hands anymore.

Let’s slam Brady after the play is over since they’re not calling roughing the passer tonight.

Bellicheat should pull Brady now. He doesn't even need to play, we'll screw it up without help from NE. That would be hilarious if they actually pulled him though.

Of course the classy Bennett lol. Bails on the packers

Stupid Bennett should not even be playing.

i guess his rotator and labrum are feeling just fine lol

We need champ back now. He loves to pick Brady off here.....

NE are nothing special and have big problems on D, but you won't beat anyone with self inflicted mistakes week after week.

Nailed a guy in the head LOL

McCoy back to his crap play calling

You sail that ball OZ!

That’s a TD. I don’t see the ball ever touch the ground.

it's a catch if you ask me

It's the Pats. They'll overturn it.

We caught a break.

Without our special teams suckage, it could have been tied at 6.

Sanders preventing this team from getting blown out big time

Patriots have 105 yards of offense and 20 points

I'm sad I bought my nephew a 88 Thomas jersey.

Sweet! Just 4 field goals away from winning this game.

Rex Burkehead looking like an unstoppable machine against us

Every time they show Vance Joseph on the sidelines, he looks completely lost and clueless. I never see him doing any actual coaching.

Man, blame Joseph for the loss bc game was over as soon as it became 7-0 NE.

The Browns played better than us today. I hope we are not turning into the Browns.

Von not even getting double teamed anymore. this has not been a good year.

I got fired as a coach cause I got second place after i got first place 2 years in a row. I cannot imagine being In VJ shoes.

I think it is really neat how clean Brady's uniform is.

Hey NE is halfway to serving us another Fifty Burger.

This is tied with 2010 as the worst season in my 30 years of watching the Broncos. This team is better than 2010, but more disappointing.

Can we call time of death on this one? We made too many ST mistakes early to kill any chance we had.

WOW! McKensie is still allowed to field kick offs? Man, does he have pictures on VJ?

7 more field goals...we got this

Pair any other QB with their poor D and they would have a losing record by now.

It always makes me laugh when I hear about BB and how superior they are to other coaching staffs........ any team with Brady would look pretty clever

WTH is this Joe Biden half time garbage?

What sucks is I am probably going to have to watch Brady raise another trophy, likely because of his teammates or his opponents.

I'm not a Steelers fan at all but I am rooting for them every week now. If they can get home field they can beat NE.

Participation trophies for everyone.

Got to play the refs too

Wow. Was that a beautiful setup, adjustment and execution... this will be a sweet fg

If we send a kicker out I will go crazy

Come on man. So freaking sick of the damn flags when in the RZ. So pissed.

FInally we caught a break!

We should be winning this game. I know we keep saying it but the ST's have really cost us in this game

Even the sun shines on a dogs butt every once in awhile.

time to move from talib, and find a new CB.

Harris said earlier this week that the only way to beat Brady is to play man to man. For the most part we are playing zone.

At least the chargers put up a coaching effort and i believe the game was in new england as well.too easy. too easy

Defense is garbage. Y’all talk about DT and the cap space. Von may be the biggest waste on the entire roster. He’s a not even a shadow of the guy that was SB MVP. And Talib............

My burrito was good too.

What a miserable season - we are one of the worst 3 teams in the NFL right now (Colts have as many wins as us and we lost to the freaking Giants, who just lost to the 0-9 49'ers today).

our tight ends suck so much. Is shannon sharpe still in shape? sign him

how do you not make that catch?

We are punting? Seriously?

DT is so over paid. He should be giving some of his money to PM because playing with PM is why he got paid.

Another DT killed drive. I swear it's like a broken record.

Keep in mind Von is playing against a back up since marcus canon is out.

cris collinsworth: "This offensive line is doing a great job tonight, no pressure on Brady to speak of"

This is how abused we are as dEN fans that we are actually applauding the offense today. They have 16 points after 3 quarters.... had to settle for 3 FGs.

I hate Gronk so much

NE is playing Chess and we are playing checkers. We are so outclassed mentally its not even funny.

Lol. This Special Teams is such a joke.

what was that about

This special teams is laughably horrible.

Are you kidding me??? MacKenzie still fielding punts?????? What kind of message is that from the coaching squad to the rest of the team??? Cut MacKenzie and FIRE Olivo tomorrow. 12 men on the field????? This is a dumpster fire.

are these coaches trolling us????

I'm disappointed in NE. I figure they were going to try to drop 60 on us to best Philly

Brady has a 50 burger cooking on the grill.

How is Brady's uniform so clean in the 4th quarter?

UGH. So we got humiliated last week, and we're getting humiliated again today.

That INT was on cris collinsworth!

Brock looked good tonight until there

Yay! I have the Patriots Defense on my FF team! 20 points so far!

Al Michaels jinxed Brock then giggled about it.

Can we address the elephant in the room now? For being the highest paid defensive player in the NFL, when was the last time Von Miller took over a game?

This trainwreck needed to happen in back to back weeks on national tv. Make everyone aware of how freaking terrible this team is. Force it down Elway's throat so there's no escaping it this off season.

"KICKING AND SCREAMING" where you at Elway? Where You At? This team has lost it's toughness. We must bring that back

Twitterverse making us a laughing stock. Can’t say we don’t deserve it.

Thankfully, this will be the last year we play the Patriots year in and year out. 2018 will be the first time since 2010 that we won't have to see NE, and I can only hope that this is the last time we have to line up against Brady.

Only good part of this game that I liked was the guy on the sideline getting bonked in the head with the ball that Brock was throwing out of bounds.