The Second Round – A Think Piece 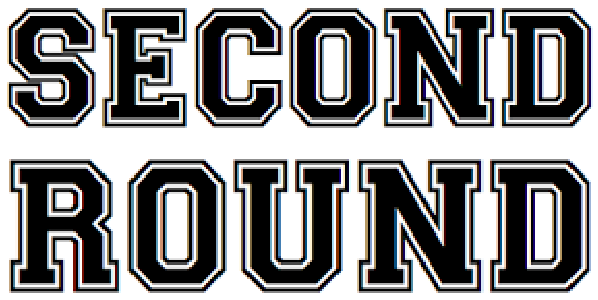 The recent trade of Jimmy Garoppolo was no doubt surprising.  Perhaps the craziest part was that the Patriots only received a second round pick in return.  As with most people, the return seemed too light.  I was expecting at least a first and fourth round pick which was the price the Vikings paid for Sam Bradford.  Shouldn’t a promising young stud fetch more than an often injured, older vet??

Either way, I’m trying to get myself excited about the early second round pick the Patriots are likely to get.  In honor of this momentous occasion, I thought it would be relevant to revisit the Patriots second round picks from the recent past.  Maybe this will give us some kind of idea for how they will utilize the new asset.

2017
-None – We traded out of the second round for Kony Ealy who was promptly cut.  Taking Derek Rivers early in the Third Round.  He hurt his knee before the season started.

2016
-Cyrus Jones – Pick 60 – He was brought in to provide depth at CB and primarily to return punts.  He showed he could do neither before hurting his knee before the season this year.

2015
-Jordan Richards- Pick 64 – Many thought he was a reach at this spot.  At least he is still on the team.  Often praised for his smarts, he has not broken through as a starter, but has contributed as a backup and on special teams.

2014
– Jimmy Garoppolo – Pick 62 – I still think this was a good pick.  The Pats got the best of the second tier of passers in the 2014 draft.  Garoppolo provided valuable QB insurance for years and looked marvelous during Tom Brady’s suspension.

2013
- Jamie Collins – Pick 52 – Drafted as an athlete with amazing upside, Collins initially delivered and looked like a ten year linebacker that could do anything.  Who could have known that he was the biggest problem with the defense and we would win a Super Bowl as soon as we shipped him out of town?

- Aaron Dobson – Pick 59 – No sugar-coating this one.  He was a bust.  Fighting injuries and the ability to catch the ball, Dobson couldn’t make it work

2012
- Tavon Wilson – Pick 48 – Initially seen as a huge reach, the critics were…..probably right.  He plays for the Lions now after not really contributing for the Pats.

2011
- Ras-I Dowling – Pick 33 – The tall, rangy corner came with injury concerns.  Otherwise he would have been an easy first round pick.  He was injured early and often and never was able to provide any meaningful contributions.

- Shane Vereen – Pick 56 – This one was a winner.  He was a star as the Patriot’s passing back.  Even if his only contribution was the last drive in the Super Bowl against the Seahawks, he would have been worth it.  He signed a rich deal as a free agent with the Giants.

2010
- Rob Gronkowski – Pick 42 – Trading up to rob the Ravens, Gronk is the best draft pick in second round history.  Period.

- Jermain Cunningham – Pick 53 – He wasn’t a total bust and provided a presence on the edge for a few seasons.  However, a reliable, long-term starter he was not.

- Brandon Spikes – Pick 62 – He was fun to watch as a downhill run-thumper.  He provided a physical edge, but didn’t make it to a second contract.  His second stint was short lived after he drove drunk and was cut.

2009
- Patrick Chung – Pick 34 – His first stint was disappointing, but after signing with the Eagles as a free agent, he came back and has been GREAT.  Still a starter in 2017, he is an expert at covering Tight Ends.

- Ron Brace – Pick 40 – The big bodied DT never really broke through, although he was on the team a long time. RIP In Peace.

- Darius Butler – Pick 41 – He was much maligned as a Patriot, but looks to have become a good pro with the Colts.  Good for them.

- Sebastian Vollmer – Pick 58 – Great Pick.  He was not even invited to the combine, but he has my vote for the Patriots Hall of Fame.

2008
-None – I can’t remember why we didn’t have a second round pick, and I doubt anyone has read this far anyways.

Analysis – After looking at this list, I’m not as excited as I was before.  Granted, most of these picks came at the end of the second round, but many of the earlier ones don’t inspire much confidence.  There are a couple of GEMS here, but more than a few busts.  If we get a solid contributor, I think we have to consider ourselves lucky.