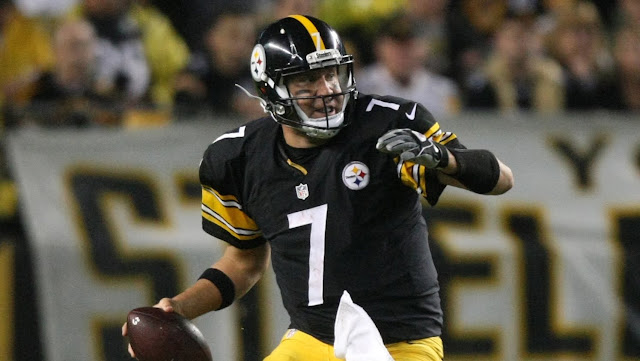 All last week I had been saying the Steelers would do something insanely stupid to lose. I didn't think it'd come on the final play of the game, but it turns out I was right.

Ben Roethlisberger tried to catch the Patriots sleeping on a fake spike play to Eli Rodgers, but the play ended in a Duron Harmon interception in the end zone.

Funny thing is, Roethlisberger didn't want to throw the ball at all on that play. He wanted to spike it to stop the clock, but the coaching staff had other ideas.

“It wasn’t a fake spike,” Roethlisberger said after the game. “I was yelling ‘Clock it.’ It felt like that was the thing to do, to clock it and get yourself one play. But it came from the sidelines: ‘Don’t clock it. Don’t clock it.’ Well, at that time, everyone thinks it’s getting clocked, so you don’t have time to try to get everyone lined up. I saw (receiver) Eli (Rogers) try and run a quick slant in there, and at that time, you’ve just got to try to make a play. I probably didn’t make a good enough throw.”


Roethlisberger was going for the safe play. In a game like that, it makes all the sense in the world to spike the ball. The Steelers would have at least had a chance to tie it with a field goal. Given that Mike Tomlin likes to play with fire, whether or not they would have taken the safe route and kicked it had the clock stopped or went for the win is up for debate.

Either way, it's a terrible look for the Steelers. They panicked. They did everything right for most of the game and then when it came down to winning, they reverted back to being a dumb team.

Roethlisberger blamed himself after the game, but knowing what we know now, it's hard to blame him for what happened.

“Maybe that’s on me,” Roethlisberger said. “Maybe I should have clocked it. I don’t know. We’re not going to look back and second guess anything or anybody. We lost the game and I threw a pick at the end of the game to lose it.”


This is also a testament to how well prepared the Patriots are. They were ready. And had the roles been reversed, it's extremely unlikely the players and the coaching staff would be at odds on what to do.

And while all is not lost for Pittsburgh, this is the kind of crushing loss that can force their season to go off the tracks. They are still far and away one of the top two teams in the AFC and if these two don't meet in late January, then something went seriously wrong.