Did we underestimate how much the Pats would miss Gronk? 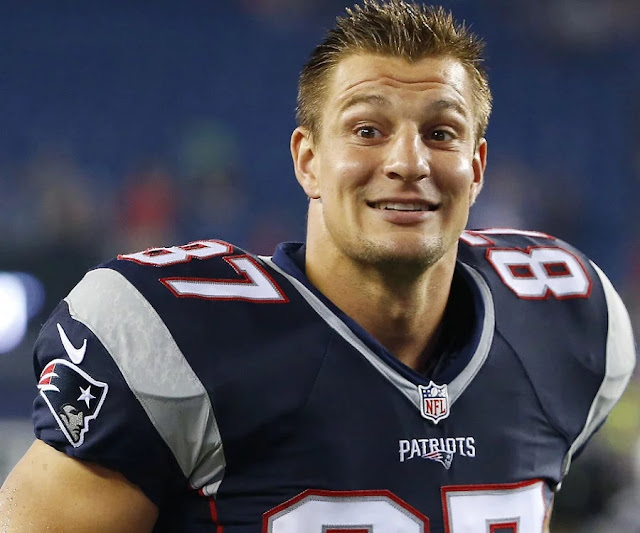 Last night sucked. I contemplated going to bed in the middle of the third quarter because I was so annoyed.

But, to my dismay, I watched all 60 minutes of the Pats' loss to the Dolphins last night and somehow stayed sober through the whole thing. It was apparent to me that the Dolphins were ready to play when they forced the Pats to go three-and-out on their first offensive series of the game.

The entire time I kept wondering - did I underestimate how much the Pats miss Gronk?

Turns out I did, and I would bet anything I'm not alone. I think I'm so jaded because they won the Super Bowl without him last year. The obvious difference is they had a healthy Julian Edelman and a very good No. 2 option at tight end in Martellus Bennett. This year they don't have either of those guys and it showed.

The Patriots didn't convert on third down once, and that's probably where they missed him the most. With him out, the Dolphins defense had one less big time target to worry about in the middle of the field, where Gronk has killed the Dolphins over the years.

Instead, Tom Brady relied too heavily on his running backs in the passing game, especially in the early going, which wasn't going to work no matter how good a quarterback he is. Throwing slants to Rex Burkhead on third down isn't going to yield the type of results we're used to seeing.

If Brady's throwing the Gronk in any of those situations, the result may have been different. But now we know what a Patriots offense without Edelman and Gronkowski looks like, and it's ugly.

Thankfully the Pats will get Gronk back this week against Pittsburgh, where they really need him. It would also help to get Marcus Cannon and Trey Flowers, among others back. I would very much expect New England to be ready for this one, as they know what's at stake.

And, for what it's worth, I'll eat my words. I thought the Pats would still win without Gronk and that it wouldn't be close. But we got the one game every year where Jay Cutler actually gives a shit and the Dolphins obviously came out really fired up. They were absolutely the better team last night.