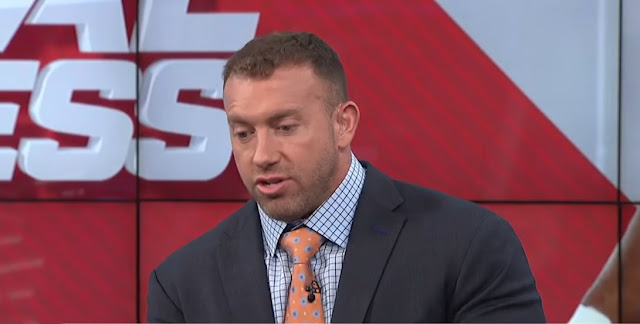 A former co-worker of the NFL Network's Heath Evans (a former Patriot), Marshall Faulk and Ike Taylor has filed a sexual harassment lawsuit against the analysts, and the network has suspended them indefinitely while it reviews the suit.

The victim, wardrobe stylist Jami Cantor, has accused Evans and Faulk of groping her and Taylor has been basically accused of sending nudes and videos of him whackin' it because, ya know, sending pictures of your dong is the key to a woman's heart.

Here's the formal complaint, as reported by Deadspin

Also named in the lawsuit are Donovan McNabb and Eric Weinberger, who is running Bill Simmons' media company, The Ringer.