The Dolphins can't help but take shots at the Patriots 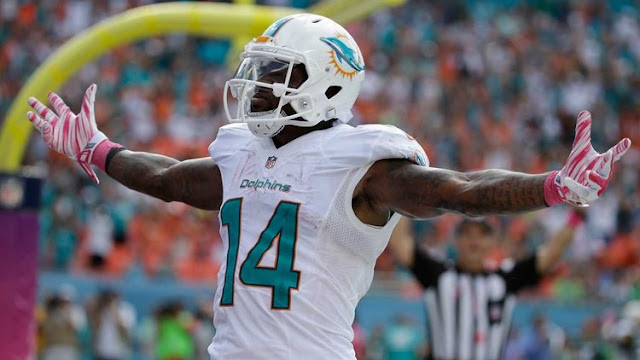 Any time anyone can take a shot at the Patriots, they won't pass up the chance.

That's exactly what dumbass Jarvis Landry did last night. After he scored his second touchdown of the game, Landry put the football on the ground and, at least to me, looked like he was giving it CPR., which I thought was a really odd celebration.

Turns out I'm naive and that's not at all what he was doing. He was pretending to deflate the ball, and he admitted it.

"I'm taking the air out the ball!" Landry said. "I'm deflating it!"


This is an obvious shot at the Patriots for Deflategate, which is long over and was a situation where the Patriots eventually got the last laugh by winning Super Bowl LI, but everyone else likes to live in the past and try and make fun of them for stuff that doesn't matter anymore just to feel better about themselves.

Landry has done and said ridiculous things in the past, especially about the Pats. Before this season started, he claimed Miami would sweep them this season, which obviously didn't happen. But congrats to him, he won his regular season Super Bowl.

Suh said the Patriots offense is simple to stop.

“They do a great job and they run the same offense,” Suh said, via the Miami Herald’s Armando Salguero. “Once you pick up on that and you don’t make a lot of mistakes, it’s pretty simple to stop it.”


I mean, sure. When your star tight end is out and your offensive line played like crap, it's very easy to stop an offense. So he's sort of not wrong, but the fact that he thinks he laid some kind of blue print for the Pats to be beat moving forward is laughable. Last night's performance was not indicative of how good New England is on offense when its full complement of weapons, sans Julian Edelman, is on the field.

More or less, I'm just glad the Patriots escaped without Suh killing anyone, especially Tom Brady. After all, this is the last time he'll have to see Suh this year.