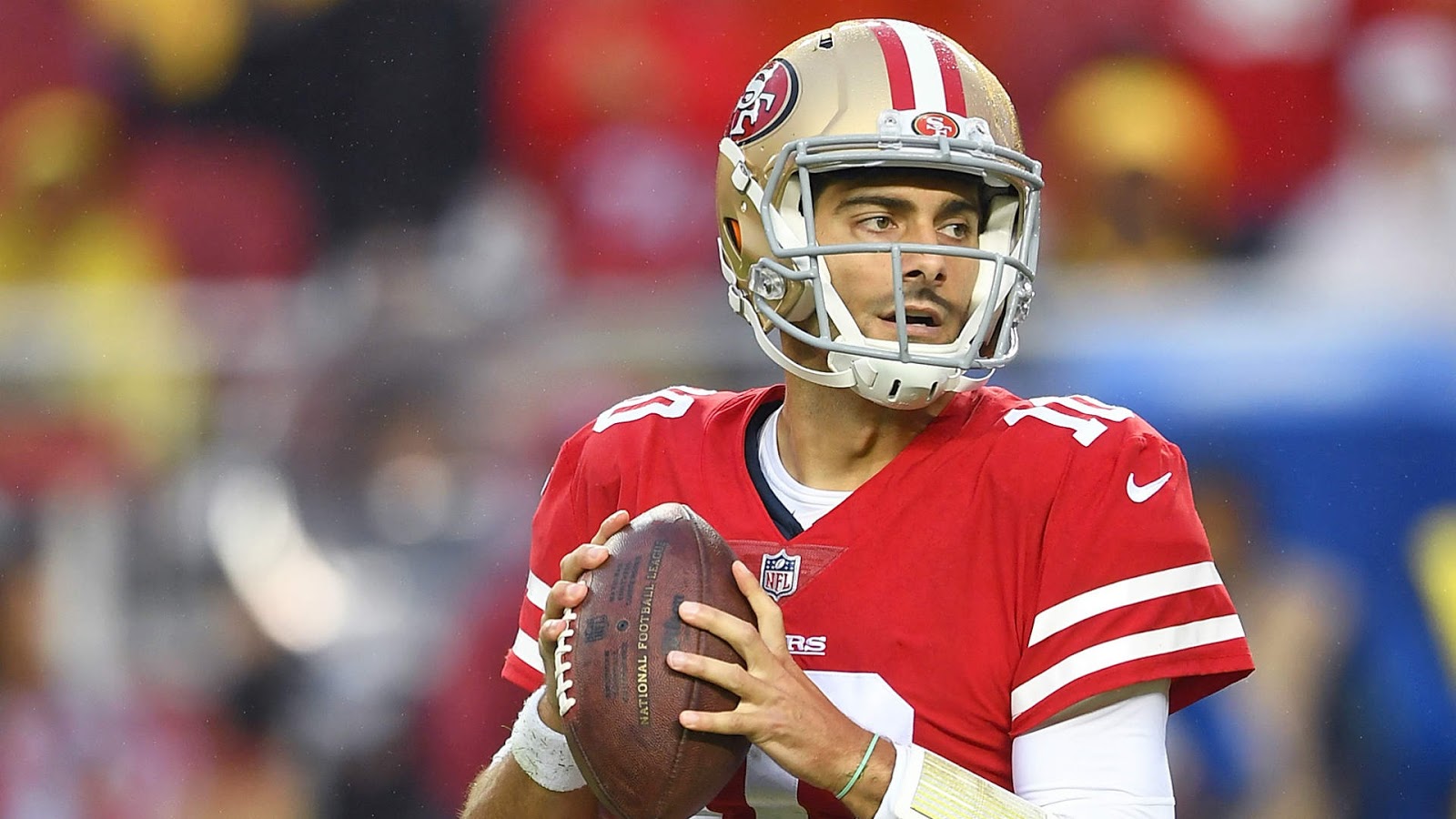 Every so often, the Patriot haters find something to latch onto.  It always happens.  Spygate, Deflategate, a playoff loss…basically anything.  We know they are waiting in the weeds to throw shit at us because we have been untouchable for 20 years.  (Can’t say I blame them sometimes).  The latest issue is that the Patriots gave up the next big thing in Jimmy Garappolo.  They are saying we are stupid.  They are saying we made a mistake.

I didn’t want to have to comment about this.  It seems so clear cut to me that there were no other choices.  I’m saying that the timing, the compensation and the landing spot were a best case scenario.  It was the best of a bad situation and the Pats nailed it.

The elephant in the room is that Jimmy G is legit.  That much is true.

I liked the pick when they took him in the second round.  The Pats laid in wait and got their choice of the second tier QBs.  The type of guys who need some time to cook, and if you put them on the field right away they will struggle.  We have been doing it for years, but mostly with 7th round flyers on guys that never pan out.  Jimmy was not one of those guys.  If you saw him play the Dolphins last year (The first half at least), he looked the part.  He was decisive, smart and never looked out of place like so many young passers.

As he was selected in the second round, he came with a pre-wrapped 4 year deal.  There are no team options for a fifth year.    They got a lot of value from him in the form of a premium insurance policy for 3.5 years, and as he approached free agency they had only a few options.

I’m here to tell you that the Patriots got exactly what they should have got for Jimmy and here is why:

If I am an NFL GM with a shiny, first round pick, I expect a certain return on that asset.  Specifically, I expect to draft a good prospect with 5 years of control on a low cost contract.

Jimmy G is a good prospect…maybe a great prospect depending on how you weigh his limited film.  But he is hitting free agency and is going to get paid.  (Both real money and a cap hit that otherwise limits how you can build your team).

Why would I pay a first round pick to get an expensive prospect, when I can draft one and sell him to my fans for 5 years, on a low cost contract, for the same first round pick??
I don’t think anyone makes that move, especially after doing the analysis above and realizing the Pats have no other real options.

If it’s not a first round pick, it’s a second round pick.  Maybe a late rounder as a sweetener.  I’m thinking Bill found enough value in shipping Jimmy to the NFC where he can’t hurt us, so he just took the second.  (A sixth or seventh rounder doesn’t make this team anyway).

I say all this knowing the Jimmy G is going to be good.  Maybe great.  But as long as he doesn’t beat the Patriots in a Super Bowl, this panned out exactly as it should of.