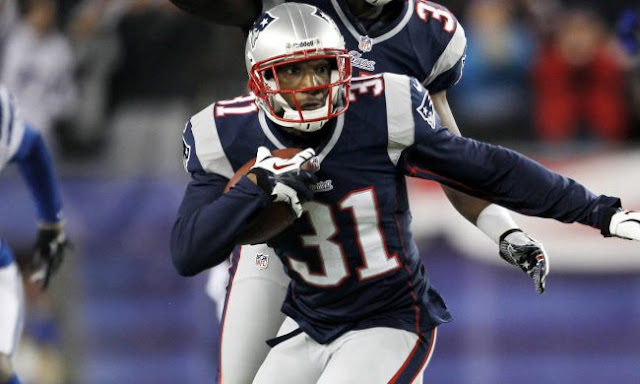 Well, this is interesting.

Both Aqib Talib and Richard Sherman are under contract with the Broncos and Seahawks respectively, but it is believed Denver could release Talib if they can't trade him and Seattle could either trade or release Sherman some time in the offseason if he continues to stay on track with his recovery from Achilles surgery.

According to Jeff Howe of the Boston Herald, both are interested in joining the Patriots.

With Malcolm Butler almost certainly gone, the Patriots are going to need a veteran corner to replace him. Talib, who has played for the Patriots before is an intriguing option if for no other reason than he knows how playing in New England works.

Talib has said that he loved playing in New England, but at 32 years old, his $11 million price tag would be a really tough pill to swallow. If he's released, he would need to dramatically cut his price in order for the Pats to pick him up.

Additionally, the Patriots called the Seahawks about a trade for Sherman last offseason. One would have to think there's still interest on New England's part..

It is well known that Sherman's relationship with the Seahawks has gone down the tubes and at 30 years old, a fresh start could do him some good.

Of course, all of this is speculation and largely hinges on if the Patriots can either work out a trade with one of these two teams or hope for their release in order to sign them in free agency. The thought of having either of them play opposite Stephon Gilmore is certainly tantalizing, though.