Bill Belichick calls Malcolm Butler after he signs with Titans 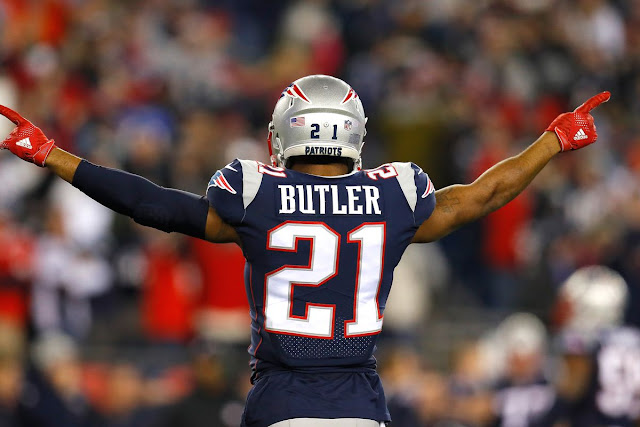 After being benched in the Super Bowl it wasn't surprising to find out that Malcolm Butler had decided to sign with another team in his free agency. The reason he was benched is still up for debate but the Patriots stick to the same story of it being just a football decision. In an interview with Sports Illustrated Butler reiterated that it was just a football decision. He also said, "There was times when I was on the sideline, I just wanted to go up and say to Belichick or Matt Patricia, and just say, ‘This how we’re gonna end this?’" said Butler, who signed with the Tennessee Titans as a free agent this spring. "I grew up in the Patriots system, you know, and I’m a man of God. I respect my authority and I just couldn’t ask them for something they didn’t want to do. I just was doing my job." Butler also denied all off field issues relating to the week before the Super Bowl.

After Butler's signing with the Titans he received a phone call from Bill Belichick and he congratulated Butler on his new contact and new team. Belichick also thanked Butler for everything that he had done for the Patriots organization, along with commending Butler for choosing an organization with Mike Vrabel as the head coach, an ex-Patriot and a team that Belichick feels is on the rise.

Butler also said in an interview with ESPN, "No bad blood between me and Bill Belichick," in a story that was published over the weekend. He went on to praise him even more by saying, "One of the greatest coaches ever and I care about him, I know he care about me. And this a hurtful game sometimes and it can look different than what it is. But that's my guy . . . I got a lot of respect for him."