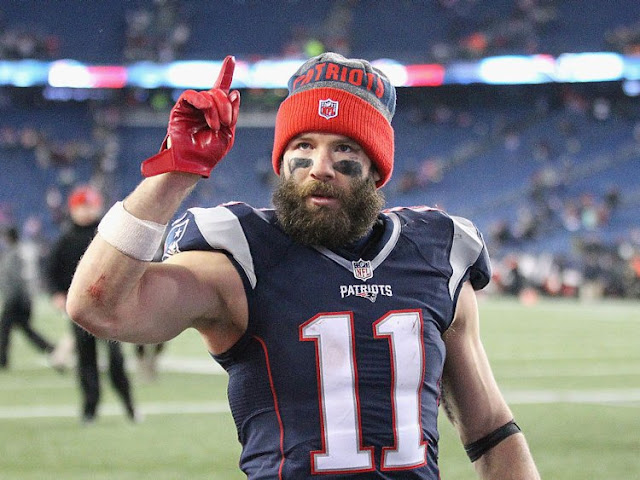 Julian Edelman played in his first game since his ACL tear last season and it didn't quite go how he would of planed it. Edelman played in sixteen offensive snaps and was targeted zero times. It was also reported that Edelman was visually upset on the sideline:


Julian Edelman played 16 offensive snaps in his 1st game action since tearing his ACL Aug. 25. He didn't register a catch. Edelman appeared to be open on the initial two 3rd-down plays and reacted w/ some frustration afterwards, jamming his helmet into the ground on the sideline.
— Mike Reiss (@MikeReiss) August 10, 2018


Edelman was interviewed after the game and said otherwise:


Edelman on not being targeted: "It doesn’t matter. I mean, of course you always want the ball - Hoyer. No, but it was good to go out there and hit guys and have guys around you. Cutting on turf. So, it was definitely a fun step."
— Mark Daniels (@MarkDanielsPJ) August 10, 2018

Edelman is still serving his four game suspension, so his frustration could be connected to the fact that he wants to get as many targets and receptions in the preseason as he can to prepare for week five.