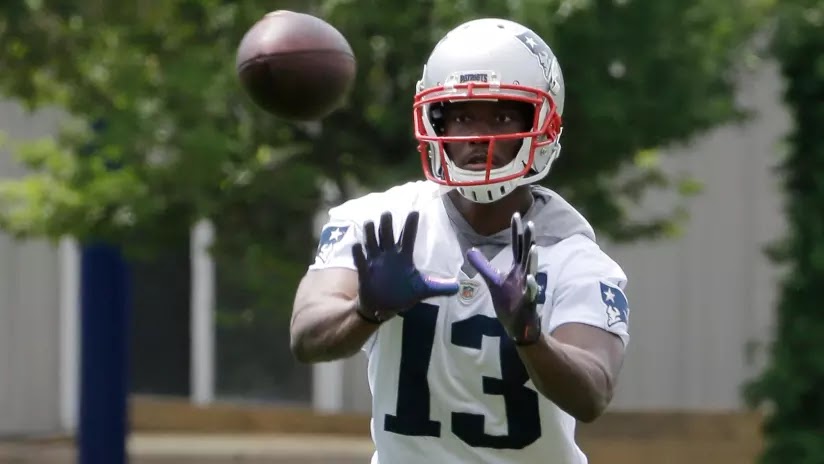 Learning an offensive playbook in the NFL is no easy task, learning one for multiple teams is a whole different subject. Entering his third year with the Colts, receiver Phillip Dorsett was traded to the Patriots shortly before the start of the 2017 season.

Most players have the luxury of studying and mastering a playbook over the course of training camp, but trying to learn and work with new schemes and players right before the season can’t be an easy job.

While only grabbing 194 yards off of 12 receptions last year, Dorsett believes he has a much better grasp of the offense and it is coming “fairly easy” to him. He credits a large part of his understanding of the playbook to countless hours of studying and translating that knowledge to the field.

In addition to his work ethic, he credits the coaches and his teammates with helping him in any extra drills and using any advice he is given to improve himself in whatever way possible.

Dorsett has been working a lot with starters like Tom Brady, Rob Gronkowski and Julian Edelman, which gives the impression that he could play a much larger role in the offense this season.

Finally, the second year Patriot has been receiving help on route running from Brady and Edelman in voluntary workouts after practice, which can really build up a better bond and trust with his quarterback.