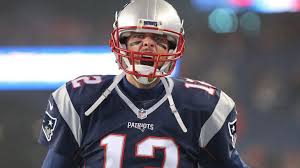 Tom Brady has made it very clear since the beginning that he believes he is innocent in the whole deflategate scandal. Even so much that he doubled down on his innocence. Brady recently talked about how he viewed Robert Kraft and the Patriot’s decision to concede to Rodger Goodell's suspension. “What the F***,” Brady said, according to “12: The Inside Story of Tom Brady’s Fight for Redemption,” which was put out Tuesday. He then said, “Why am I not getting the support I deserve on this thing?”

Brady felt like he was stabbed in the back when the Patriot's decided not to continue to fight his suspension. Who wouldn't? When Kraft accepted Brady's suspension on his behalf it made Brady look like he was culpable the entire time. Whether you believe he was innocent or not, this wasn't the first time that Brady was painted as a cheater in the NFL. Brady doesn't want to be perceived as a cheater once, let alone twice. While personally I don't think he's a cheater, Kraft backing down to the NFL doesn't help Brady in the eye of the public.