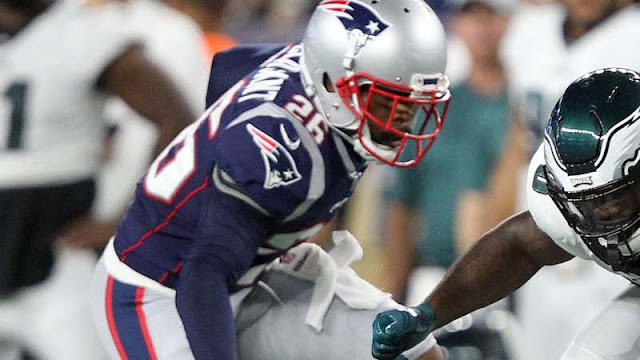 Safety, Eddie Pleasant, signed with the Patriots on July 24th and has already said that he feels like he is at home. Pleasant joins former Oregon Ducks teammate, Patrick Chung, which is a nice teammate to lean on to get familiar with the new locker room and playbook. Pleasant said: “That was my dawg,” Pleasant said. “He was one of my best friends. He was actually my host coming out (of high school) — him, T.J. Ward. That’s somebody that, over the years, has become one of my best friends. We’ve known each other for what? Twelve, thirteen years?

He then went on to explain:“It feels like college again. It made it a lot easier for me to be in the locker room, knowing someone. That’s like one of my closest friends, so it made it a lot easier.” He mentioned that it has been easy for them to stay in touch over the years. “I’ve played against these guys for six years,” Pleasant said. “When he left college, he used to come back and visit a lot of young guys. That’s been my dawg for a minute.”

Pleasant will be competing for a spot on the Patriots 53-man roster but has proven that he can produce with four tackles in two preseason games along with some reps on special teams and some reps at cornerback in the nickel package.