Danny Amendola is looking forward to facing his former team 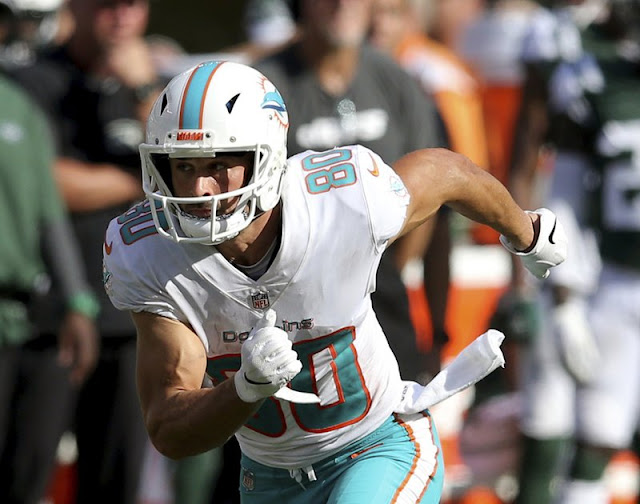 Danny Amendola is a Patriot at heart. He understands that you don't say anything to the media that might put a target on your back. Wednesday, Amendola was asked questions for the upcoming game against the Patriots, his former team. He didnt bash his former teammates, even though he had an opportunity to do so, instead he answered it in the true Patriot way.

"I'm going to be on the other side of the field. That's it," said Amendola, who won two Super Bowls with the Patriots." "I've played there before so I've had a lot of experience playing there. I'm excited to get back up there."

When asked about his former team's recent struggles in the past two games, he didn't play into the media's bait to get a headline. Although, I guess I'm writing about it right now lol.

"They have a bunch of good football players. It's early in the season and everybody in the whole league is trying to figure some things out and trying to get moving, including us," he said. "We're going to get up there, give it our best shot and look at the scoreboard after the game and hopefully we come out on top."

In Amendola's tenure in New England, he caught 230 passes for 2,383 yards and 12 touchdowns. He also was a huge part of their post season success. Amendola tallied 57 catches for 709 yards and six touchdowns during his post season run with the Patriots. Amendola had received high praise from his former coach and teammates. Bill Belichick went on address Amendola's time in New England.

"Danny did a good job for us as an inside slot receiver and in the return game," Belichick said. "Danny's tough. He's smart. He's dependable. He played probably his best football in critical situations and in big games."

Rob Gronkowski, who has remained close to Amendola despite his departure, gave his opinion on the return of his friend.

"I'm always excited to see Danny. Miss that guy. He's fun," Gronkowski said. "He's quick, he's feisty. Definitely miss that guy but he's doing what he's got to do and it's going to be good to see him."

Whether Amendola will admit it or not, there is no doubt that he is excited to play his former team, he gets the opportunity to go into Foxboro and light it up. A chance to prove that he should have been re-signed and I know its unfair to the Patriots to say this but in a season where the Pats aren't clicking offensively yet, Amendola could make the Patriots regret their decision.

View other blogs that I have written here